One Step Closer to Room-Temperature Superconductivity

Superconductivity has been discovered in highly compressed hydrogen sulphide at an amazing 203 degrees kelvin. 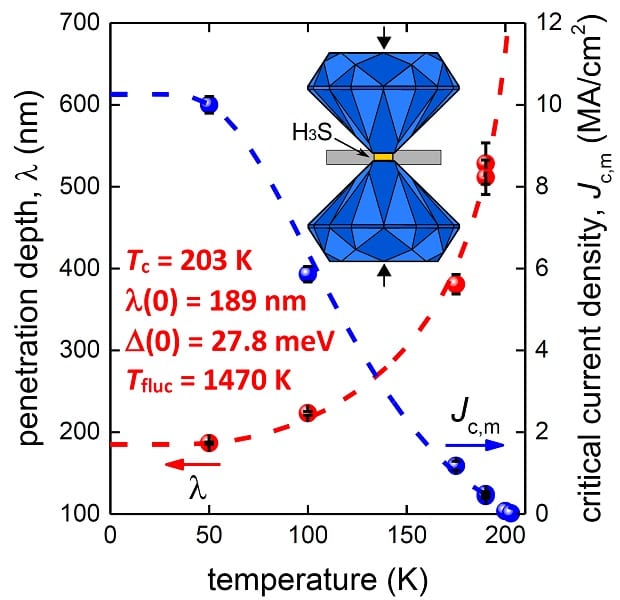 Since the discovery of copper-oxide-based high-temperature superconductors exactly 30 years ago there has been a vigorous search for new superconductors that operate at still higher temperatures. That discovery was nothing short of a revolution in solid-state physics with operating temperatures pushed up to over 160 degrees kelvin – an astonishing seven-fold increase over the previous record. Because these materials were layered and more or less two-dimensional in their electronic properties this search tended to focus on other layered materials. It was rewarded with the subsequent discovery of the iron-arsenide class of superconductors, but these so far have a highest transition temperature at around 55 degrees kelvin. The search continues but there is a potentially impassable road block. Associated with these very high temperatures strong thermal fluctuations are present, which tend to break up the pairs of electrons that carry the superconductivity. One particular bismuth-based copper-oxide superconductor, the “2212” phase, should operate around 150 degrees but in practice it only does so at around 95 degrees. The obstructing culprit is thermal fluctuations. 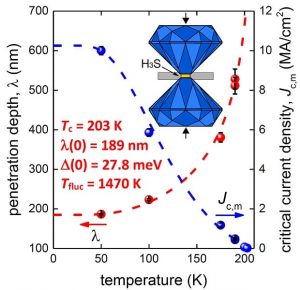 Just recently, superconductivity has been discovered in highly compressed hydrogen sulphide at an amazing 203 degrees kelvin. How does superconductivity survive at such temperatures in the face of the inevitable extreme thermal agitation? Is the natural operating temperature even higher still, perhaps even room temperature? This work analyses the magnetisation of this material and shows that its superconductivity is extremely robust towards fluctuations, and could in principle survive to 1470 degrees kelvin. The reason is that it is three-dimensional – it does not possess the promising, but ultimately damaging, layered or two-dimensional structure of the copper- and iron-based superconductors. The hopeful search for room temperature superconductors must now surely focus on such three-dimensional systems where the destructive role of fluctuation is largely suppressed. And there is another challenge – how can the huge pressures required for superconductivity in hydrogen sulphide be averted or mimicked so as to function under atmospheric pressure? The search goes on.