One Step Closer to the Commercialization of Fuel Cells 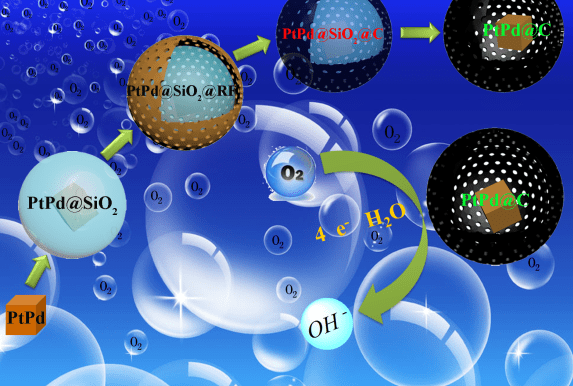 Due to increasing worldwide energy demand and environmental concerns, much effort has been devoted to seeking efficient and clean energy sources to replace traditional fossil fuels such as gasoline and diesel. A fuel cell is a device that can convert the chemical energy stored in fuels into electricity through electrochemical reactions. Fuel cells are one of the most promising clean power sources for portable applications due to their high energy-conversion efficiency and relatively low operating temperature.

A fuel cell is made up of two electrodes, an anode and a cathode, an electrolyte that facilitates movement of charged particles between the electrodes and an electrocatalyst that increases the rate of the reaction. Hydrogen-containing fuel is oxidized at the anode and oxygen reduction takes place at the cathode. One of the main challenges facing fuel-cell efficiency is the aggregation, sintering and loss of activity of metal-nanoparticle based electrocatalysts, during the electrochemical reaction process.

In a recent paper published in Particle & Particle Systems Characterization, Wei Chen and co-authors at the Changchun Institute of Applied Chemistry, Chinese Academy of Sciences, demonstrate a creative way to solve the aggregation problem 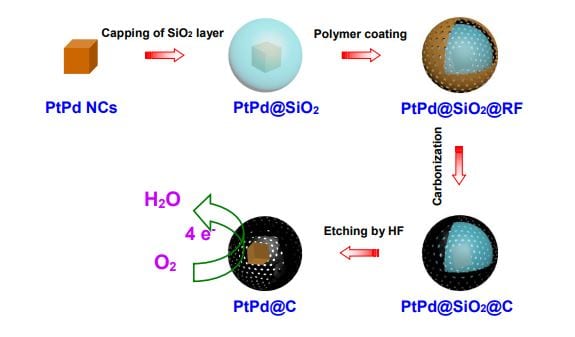 By controlling the thickness of the carbon layer, the electrocatalytic activity of the PtPd@C core-shell structure is enhanced, providing an efficient oxygen reduction reaction catalyst for fuel cells. This finding could bring us one step closer to the commercialization of fuel cells.