On the Surface: Patterning Conjugated Polymers

Surface patterning using conjugated polymers is set to take off, according to a review by Chinese scientists. 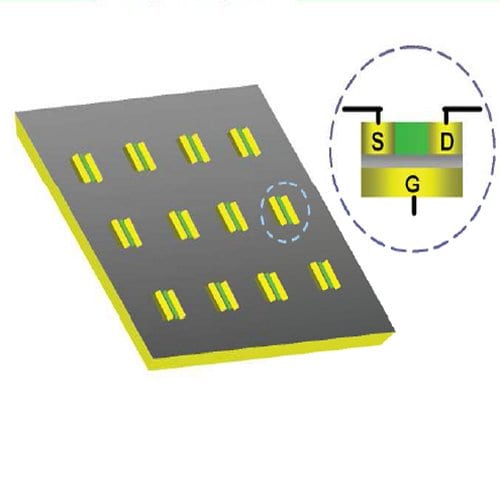 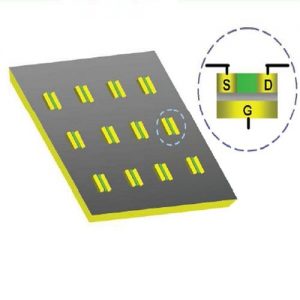 Current methods and cutting-edge developments in surface patterning using conjugated polymers is set to take off, according to a review by Chinese scientists.

Conjugated polymers are useful in many modern electronic devices, such as light-emitting diodes, electrode materials, photovoltaics, sensors, and many more. It is their electrical, magnetic, and optical properties that make them especially of interest for researchers, and although in many cases the resulting devices are not yet as good as those made with inorganic components, it is surely only a matter of time before this standard is reached and surpassed by the organic equivalents.

Conjugated polymers have several advantages over conventional inorganic technology in that they are lightweight and flexible, so can be used where inorganic components cannot. They are generally soluble (and can be made more so without altering the other properties) so are easy to process too. However, traditionally, control over molecular weight and polydispersity (uniformity of the sample weights) has been tricky due to the synthetic methods used.

Patterning surfaces with conjugated polymers is vital to allow them to be used in most applications. This can be achieved by bottom-up or top-down approaches, with varying degrees of success; some methods designed to work on robust inorganic surfaces do not work so well on the more sensitive polymers and methods must be modified or new ones developed.

A review by Xinliang Feng and colleagues at Shanghai Jiao Tong University, China, describes the current methods in use to pattern organic polymers on surfaces, and up to the minute developments in use by researchers. Feng compares and contrasts self-organization methods such as block-copolymer organization and breath-figure techniques, with patterning using irradiation (with light, heat, electron beams, or lasers), use of prepatterned templates (screen printing, microcontact printing, physical deposition, amongst others), and direct writing , e.g., ink-jet printing and microscopy techniques. He points out the strengths and weaknesses of each method, and highlights exemplary uses from the recent literature, as well as showing modifications to the methods that have enabled previously unachievable results with conjugated polymers.jumping castle sales

Feng and co-workers are emphatic in their belief that organic polymers are the way forward, and that patterning them can be achieved in higher resolution, and with better control than is currently imaginable, as well as offering low-energy alternatives that produce little waste and so will contribute to a sustainable society. Given the likely ways in which this field will develop in the next years, I am inclined to agree with them!