Topological insulators, nanowires, and thin films – these and more in October’s physics highlights. 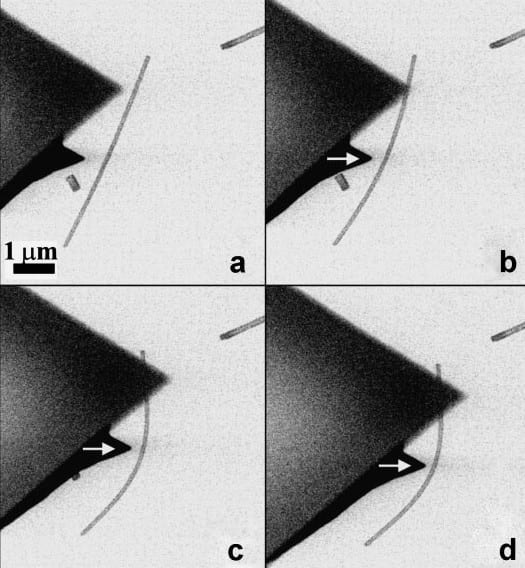 The coherent potential approximation (CPA) widely used to model random chemical disorder can also be applied as an efficient adiabatic technique to study the topological state of the material from first principles. As Chadov et al. show here, by emulating the transition between topologically-distinct phases via CPA, one always encounters an intermediate composition which exhibits a Dirac cone in the bulk.

Sebastian Reineke and Marc A. Baldo

The use of phosphorescent emitter molecules in organic light-emitting diodes (OLEDs) allows that every exciton formed in the organic emission layer(s) can emit a photon. With that, phosphorescence provides a fourfold improvement over conventional fluorescent OLEDs to unity internal quantum efficiency. In turn, the excited state lifetimes of the triplet emitters used are orders of magnitude longer than the ones of singlet excitons introducing a noticeable efficiency roll-off. In this Feature Article, Reineke and Baldo review recent progress in the understanding of phosphorescence in OLEDs. In addition, the authors discuss emerging conceptual alternatives to phosphorescence like extrafluorescence and thermally delayed fluorescence.

The alloy formation between physical vapor deposited Al and Si at the rear side of the industrially applicable passivated emitter and rear solar cells has been investigated. New insights of sequential phases and phenomena like escape of gaseous bubbles from the melt and reduced surface wetting as a function of the applied temperature profile are documented and a cross-sectional analysis of the local contact formation is performed. It was found that the SiOx layer reacts with the Al–Si melt and that SiNy layer plays a fundamental role for the correct isolation of the solar cells.

Ruthenates present an attractive field of investigation both due to their physical properties (electric conductivity, superconductivity, magnetism – often unconventional) and their possible technical applications. The heterogeneous in-depth profile of the thin films is extremely important in the fabrication of nanodevices, especially those based on ultra-thin layers. Młynarczyk et al. systematically investigate the structural features of epitaxial Sr1–xCaxRuO3 thin films grown on SrTiO3 and LaAlO3 substrates using high-pressure dc-sputtering. The series of samples were characterized with a number of complementary methods.