Radical thiol-ene addition was used for the synthesis of new polymeric ionic liquids which could serve as novel polyelectrolytes. 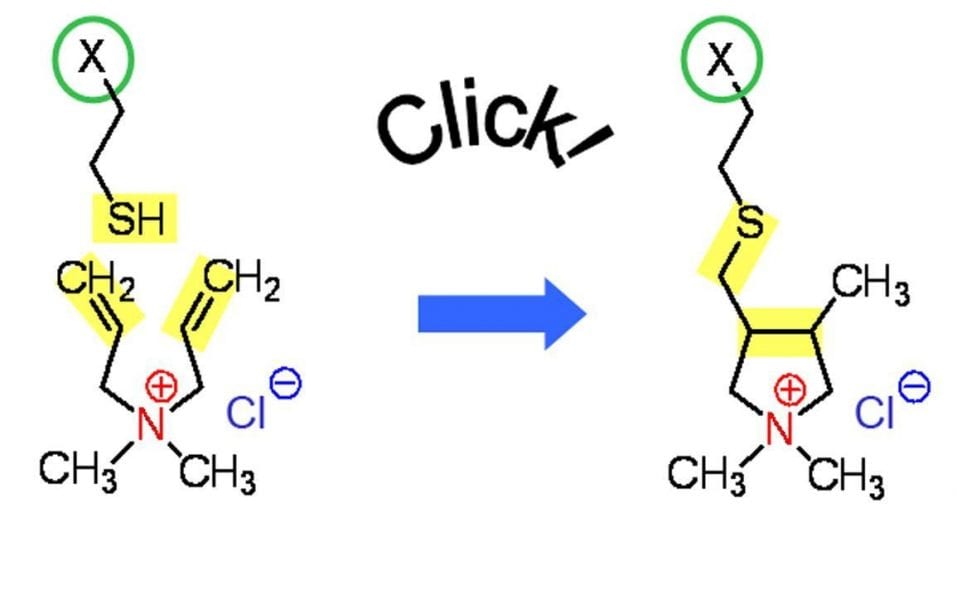 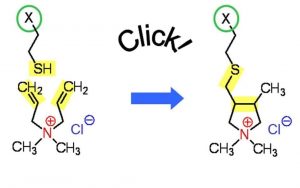 A. Shaplov (Russian Academy of Sciences), P. Vlasov (Saint-Petersburg State University) and co-workers have demonstrated the synthesis of new polymeric ionic liquids with high molar masses and conductivities via thiol-ene click chemistry. They used the radical thiol-ene addition to synthesize functional pyrrolidinium ionic liquids. This resulted in a facile reaction which gives satisfactory yields, uses water as green solvent, and results in isomeric pure products. This new family of polymeric ionic liquids is not prone to water take-up and can be used for future applications as novel polyelectrolyte.