Scientists have shown that the Landau Lifshitz gravitational energy momentum pseudo-tensor can be generalized to metric theories of gravity, where the terms of any order in the derivatives of the metric are present. 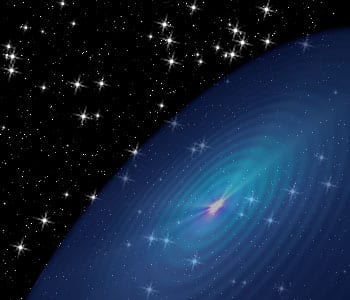 Quantum mechanics is a non-local theory, mainly as a result of the uncertainty principle of Heisenberg, while the General Relativity theory is local and deterministic.Thus, in order to unify these two theories a non-local theory of gravity must be developed – The Quantum Gravity theory, with non-locality as one of its main features.

This feature stems from the fact that the gravitational energy-momentum “tensor” is indeed a pseudo-tensor, i.e. it behaves “nicely” under affine transformations but not under diffeomorphisms. This puzzling feature of the General Relativity, first pointed out by Landau and Lifshitz, becomes particularly dramatic in view of the correct definition of the gravitational radiation.

In a recent article published in Annalen der Physik, scientists have shown that the Landau Lifshitz gravitational energy momentum pseudo-tensor can be generalized to metric theories of gravity, where the terms of any order in the derivatives of the metric are present. These terms are genuinely non-local and their introduction is often considered as a first step towards Quantum Gravity, meaning that the non-localizability of energy and momentum is a common characteristic of the theories of gravity, beyond the General Relativity.

A relevant byproduct of this approach is related to the fact that further gravitational polarizations stem from the energy momentum pseudo-tensor. These results can potentially open up new horizons in the investigation of the gravitational waves.