Plasma polymerization technique is used to modify the surface of a biologically inert substrate for the purpose of enhancing cell adhesion. 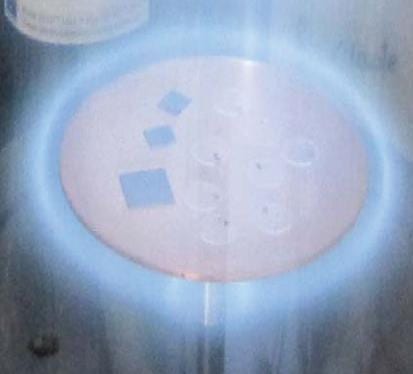 A major focus in tissue engineering is to create materials that improve and direct cellular interaction. This interaction can be probed by measuring the relative number of cells adhered to a surface, which is thought to be an important step in the cascade of cellular fate processes such as stem cell renewal or differentiation into a specialized cell type.

Now, in new work, a group of Australian researchers have utilized the industrially-relevant plasma polymerization technique to chemically modify the surface of a biologically inert substrate for the purpose of enhancing cell adhesion. Specifically, they examined the effect of two plasma polymerization parameters, discharge power and deposition time, on properties such as film thickness, chemical composition, and cellular attachment. In all cases, the plasma polymers deposited onto the substrates as thin, 8 to 40 nm, films. The chemical composition of the films was found to be more dependent on discharge power than deposition time. They showed that this outcome could be related to way in which the precursor (monomer) fragments and the plasma polymer film forms (e.g. by crosslinking).

Of the two plasma polymers examined, i.e. those formed from either an amine or aldehyde precursor, it was found that the stem cells adhered best to plasma polymers that closely resembled the aldehyde monomer, i.e. plasma polymers formed under lower power and shorter times. These results have practical implications for the fast, efficient, and inexpensive surface functionalization of materials for tissue engineering.