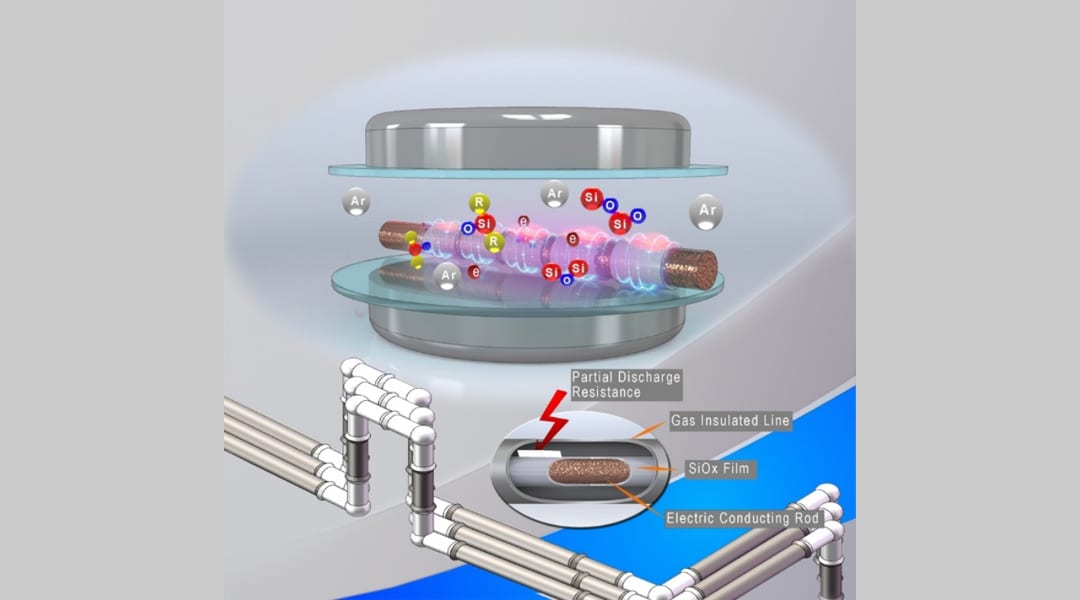 Long-time partial discharge (PD) is regarded as one of the main reasons for the insulation failure of high-voltage cables, which has caused millions of dollars of losses in the field of power transmission. The residual air in the cable defect area possesses a small relative permittivity and the breakdown occurs under very low electric field strength. 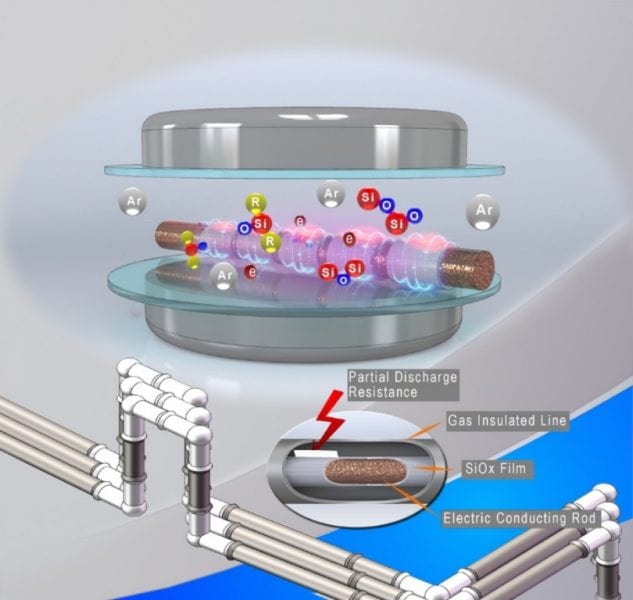 Dr Tao Shao from Institute of Electrical Engineering, Chinese Academy of Sciences, China and co-workers have now proposed a facile strategy by using plasma-deposited siloxane films with a high dielectric permittivity on copper instead of commonly used insulation tapes to avoid PD. The results show that the composition of deposited siloxane films can be tuned by oxygen content in the working gas. The siloxane film showed a huge surface resistivity of 1.1×1011 Ω and high relative permittivity of 2.9. Importantly, the electric field simulation confirmed that the electric field distortion is significantly diminished after film depositing, which reduces the probability that a PD would occur at the interface.

The authors point out that the copper cable can be rotated and moved in the plasma zone to get uniform and continuous coating. This further possibility is relevant for potential industrial applications.