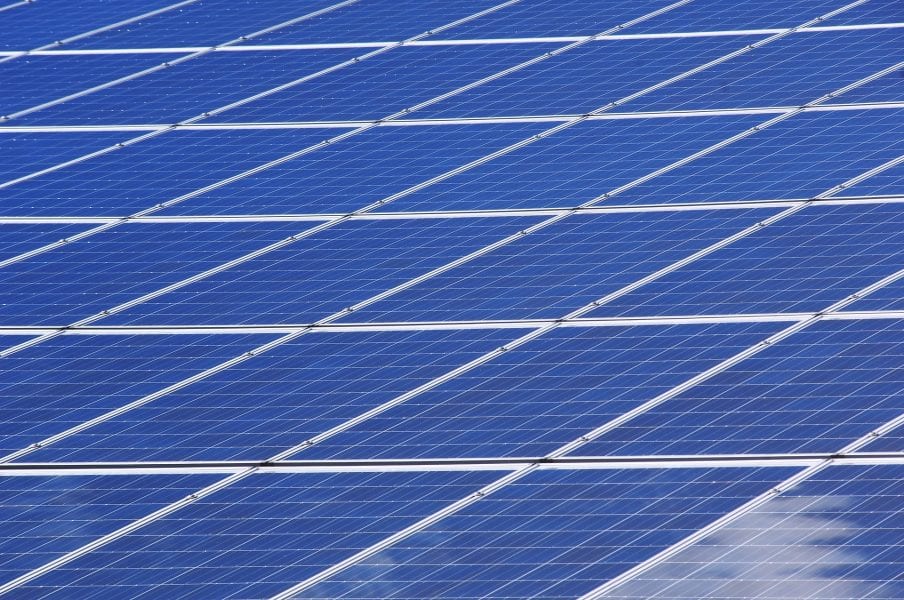 The world energy consumption rate (13.5 TW in 2001) is projected to double (27 TW) by 2050 and to triple (43 TW) by 2100. To meet this future energy demand, the utilization of solar energy has been proposed as one of the most promising approaches among various renewable energy resources such as hydro, geo-thermal, and wind energy. This is because the amount of solar radiation reaching the earth’s surface in the form of sunlight is around 6000 times the amount of energy consumed by all human beings in the world today. Therefore, efficient harvesting of solar energy can not only meet the future energy demand but can also be helpful to tackle many other challenges like fossil fuel shortage, nuclear energy issues and global warming problem. 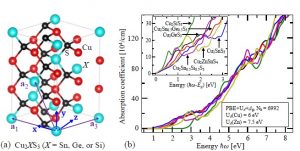 Solar cells or photovoltaic (PV) cells, are the technology used to convert solar energy into electrical energy using a semiconductor band gap. A band gap refers to the energy difference between the valence band maximum and the conduction band minimum in semiconductors, and its value depends on the kind of semiconductors used.  Solar cells generate electricity using a building block (p-n junction) inside the cells. The building block, made from different semiconductor materials, absorbs different portions of the sunlight. The three most common types of solar cells are silicon solar cells (c-Si), compound solar cells and organic solar cells. The c-Si based solar cells are the leader with a 90% market share followed by compounds solar like Cu(In,Ga)Se2 (CIGS), CdTe (CT), and Cu2ZnSn(S,Se)4 (CZTSSe). The most critical issue of solar cells is to increase their power conversion efficiency (PCE), as the record PCE of 25% , 22.6%,  22.1%, and 12.6% have been achieved for c-Si, CIGS, CT, and CZTSSe, respectively to date. Apart from the PCE, the toxicity of the heavy-metal Cd in CT, the rising cost and scarcity of In, Ga, and Te in both CIGS and CT, and the polymorphism and unavoidable antisite disordering in CZTSSe, are of great concern in these materials. Therefore, alternative compounds consisting of abundant, inexpensive, and eco-friendly elements are rather important.

In a recent article published in Physica Status Solidi B, researchers suggested potential materials for solar cells. The materials contain non-toxic, inexpensive, and earth-abundant elements. By alloying technologies, the electronic and optical properties of the materials can be tailored to be suitable for solar cell applications. Moreover, the materials have higher absorption coefficients than traditional solar cell materials. It means that less raw materials are needed to fabricate the solar cells but the conversion efficiency will remain the same. The cost of solar cells thereby is reduced. These materials presented are barely studied in the literature today. More theoretical and experimental efforts are expected.