New microbatteries are the most powerful on the planet

Technology out-powers even the best supercapacitors and could drive new applications in radio communications and compact electronics. 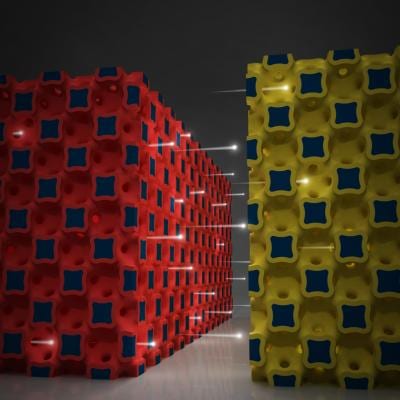 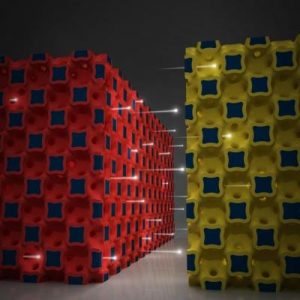 Though they be but little, they are fierce. The most powerful batteries on the planet are only a few millimeters in size, yet they pack such a punch that a driver could use a cellphone powered by these batteries to jump-start a dead car battery – and then recharge the phone in the blink of an eye.

Developed by researchers at the University of Illinois at Urbana-Champaign, the new microbatteries out-power even the best supercapacitors and could drive new applications in radio communications and compact electronics.

Led by William P. King, the Bliss Professor of mechanical science and engineering, the researchers published their results in Nature Communications.

“This is a whole new way to think about batteries,” King said. “A battery can deliver far more power than anybody ever thought. In recent decades, electronics have gotten small. The thinking parts of computers have gotten small. And the battery has lagged far behind. This is a microtechnology that could change all of that. Now the power source is as high-performance as the rest of it.”

With currently available power sources, users have had to choose between power and energy. For applications that need a lot of power, like broadcasting a radio signal over a long distance, capacitors can release energy very quickly but can only store a small amount. For applications that need a lot of energy, like playing a radio for a long time, fuel cells and batteries can hold a lot of energy but release it or recharge slowly.

“There’s a sacrifice,” said James Pikul, a graduate student and first author of the paper. “If you want high energy you can’t get high power; if you want high power it’s very difficult to get high energy. But for very interesting applications, especially modern applications, you really need both. That’s what our batteries are starting to do. We’re really pushing into an area in the energy storage design space that is not currently available with technologies today.”

The new microbatteries offer both power and energy, and by tweaking the structure a bit, the researchers can tune them over a wide range on the power-versus-energy scale.

The batteries owe their high performance to their internal three-dimensional microstructure. Batteries have two key components: the anode (minus side) and cathode (plus side). Building on a novel fast-charging cathode design by materials science and engineering professor Paul Braun’s group, King and Pikul developed a matching anode and then developed a new way to integrate the two components at the microscale to make a complete battery with superior performance.

With so much power, the batteries could enable sensors or radio signals that broadcast 30 times farther, or devices 30 times smaller. The batteries are rechargeable and can charge 1,000 times faster than competing technologies – imagine juicing up a credit-card-thin phone in less than a second. In addition to consumer electronics, medical devices, lasers, sensors and other applications could see leaps forward in technology with such power sources available.

“Any kind of electronic device is limited by the size of the battery – until now,” King said. “Consider personal medical devices and implants, where the battery is an enormous brick, and it’s connected to itty-bitty electronics and tiny wires. Now the battery is also tiny.”

Now, the researchers are working on integrating their batteries with other electronics components, as well as manufacturability at low cost.

“Now we can think outside of the box,” Pikul said. “It’s a new enabling technology. It’s not a progressive improvement over previous technologies; it breaks the normal paradigms of energy sources. It’s allowing us to do different, new things.”

Source: University of Illinois at Urbana-Champaign