New images confirm that the star was partially concealed by a cloud of dust, solving the mystery of the 'Great Dimming' of Betelgeuse. 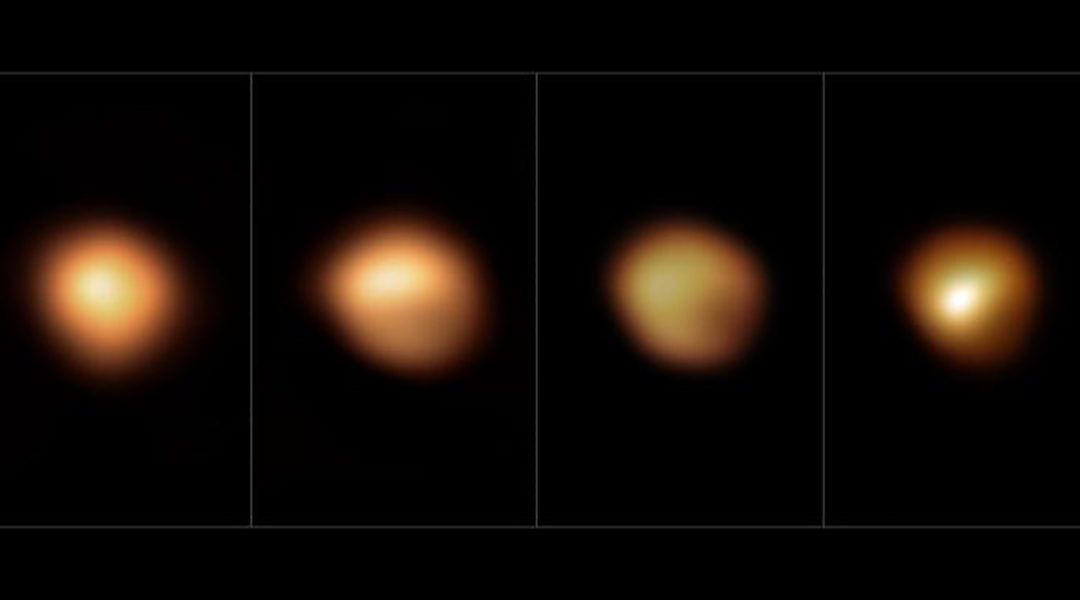 Early last year, the astronomy community became baffled when the aging red supergiant, Betelgeuse, suddenly dimmed. The star is located around 700 light-years away from our own Solar System, in the constellation of Orion, and is normally classified as “the tenth brightest star in our night sky”. However, the change in brightness was so stark that it was visible even to the naked eye.

While variations in brightness are normal for this type of star (referred to as a variable star), in late 2019, astronomers noticed Betelgeuse had dimmed to unprecedented levels, and continued to decrease in the following months to 38% of its usual brightness. An image from December 2019, when compared to an earlier image taken in January of the same year, showed that the stellar surface was significantly darker, especially in the southern region.

Theories began circulating of a possible supernova, which would emit enough light to rival the brightness of the moon — though concentrated into a tiny point in the sky. This would be incredible to witness as a supernova hasn’t been observed in our galaxy since Kepler’s Supernova in the 17th century. While the idea couldn’t be immediately dismissed as astronomers aren’t sure what a lead up to such an event would look like, many were still skeptical.

“No one knows what a star does right before it goes supernova, because it’s never been observed,” explained Andrea Dupree, associate director of the Center for Astrophysics | Harvard & Smithsonian in a press release provided by NASA last year. “Astronomers have sampled stars maybe a year ahead of them going supernova, but not within days or weeks before it happened. But the chance of the star going supernova anytime soon is pretty small.”

To get answers, the world’s most powerful telescopes were put on the case. In August 2020, a team operating NASA’s Hubble Telescope led by Dupree used ultraviolet-light spectroscopic observations to capture signs of dense, heated material moving through the star’s atmosphere in the months leading up to the “great dimming”, suggesting a dust cloud covered a portion of the star.

In a recent development, new images published by an international team of astronomers led by Miguel Montargès from the Observatoire de Paris, France, and KU Leuven, Belgium, and which also included Dupree, provide more evidence for this explanation.

In late 2019, they pointed the European Southern Observatory’s Very Large Telescope (ESO’s VLT), located in Chile’s Atacama Desert, towards the star and captured two new images in January and March of 2020. Combining these with older images, the team was able to clearly show Betelgeuse’s surface changing in brightness between December 2019 and April 2020.

“For once, we were seeing the appearance of a star changing in real-time, on a scale of weeks,” Montargès said.

Betelgeuse’s surface is in regular turmoil, constantly changing as a result giant gas bubbles that form and collapse within it. In agreement with Dupree’s earlier findings, Montargès and colleagues speculate that some time before Betelgeuse began to dim, the star ejected a large gas bubble that originated from it’s surface, traveling outward at 200,000 miles per hour.

When a patch of the star’s surface cooled down shortly after, that temperature decrease was enough for the heavier elements, like silicon, in the gas to condense into solid dust. “With Hubble, we could see the material as it left the star’s surface and moved out through the atmosphere, before the dust formed that caused the star to appear to dim,” Dupree said.

The new study, in which Dupree is also co-author, provides evidence that dust formation can occur very quickly and close to a star’s surface. “We have directly witnessed the formation of so-called stardust,” said Montargès.

“The dust expelled from cool, evolved stars, such as the ejection we’ve just witnessed, could go on to become the building blocks of terrestrial planets and life,” added Emily Cannon from KU Leuven, who was also involved in the study. “Looking up at the stars at night, these tiny, twinkling dots of light seem perpetual. The dimming of Betelgeuse breaks this illusion.”

Quotes adapted from press releases provided by NASA and ESO

A bright future for supernovae
Evolution of the Universe simulated in a lab
Is the Universe running out of stars?
Defining the edges of galaxies