A new glaucoma drainage device, reported in Advanced Healthcare Materials, may reduce the risk of blindness for millions of sufferers around the world. 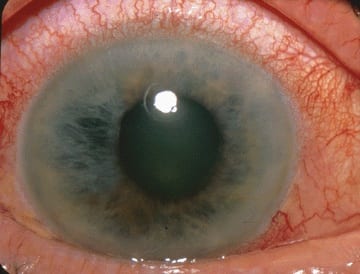 In 2010 the National Eye Institute, part of the National Institute of Health, estimated that two and a half million people in the US alone were suffering from glaucoma, a condition that can damage the optic nerve and can lead to impaired vision and complete loss of sight. Scientists at the Nanyang Technical University in Singapore have now developed a device which may help to regulate the most serious incidences and prevent blindness. 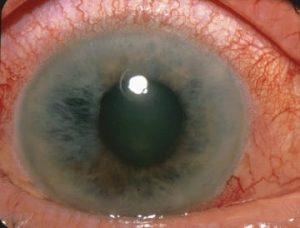 Normally, the level of aqueous humour in the eye is moderated by a drainage network known as the trabecular meshwork. These structures can deteriorate and become blocked, excessive aqueous humour is not able to escape, and the pressure in the eye becomes dangerously high. While glaucoma usually affects older people, younger people and even babies may also be affected. In severe cases, glaucoma drainage device implantation is an effective method of lowering extremely high intra-ocular pressures. Such devices fall into two categories, those which include a valve to release pressure from the and non-valved devices. Although a stable intra-ocular pressure is critical, devices that are currently in use often tend to cause extreme intra-ocular pressure fluctuations. Devices with no valve lead to a risk of excessively low pressures, known as hypotony, whereas valved glaucoma drainage devices may generate hypertensive conditions where the intra-ocular pressures is too high.