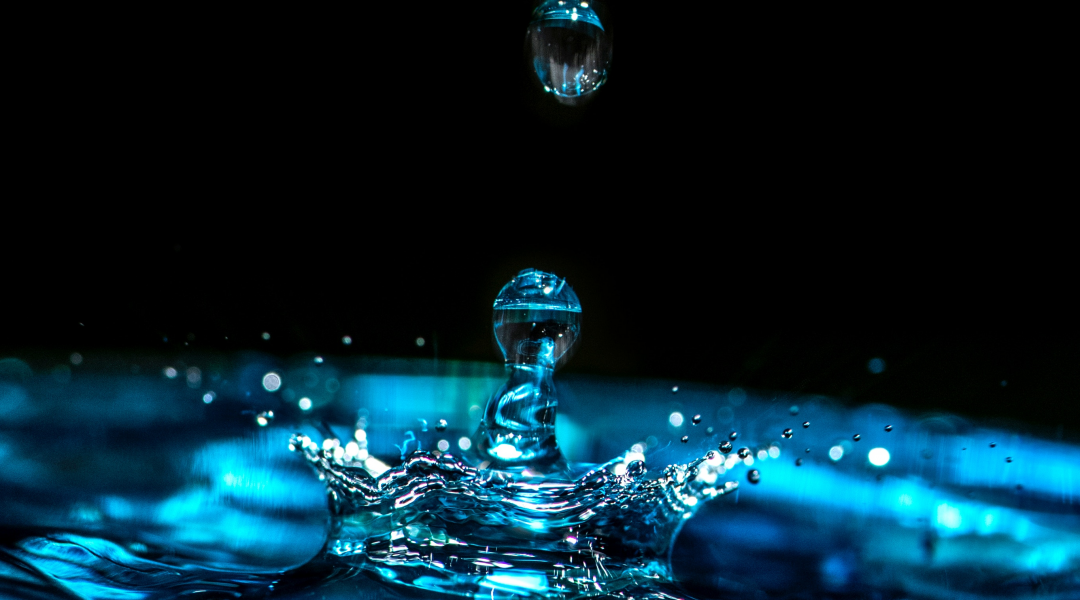 Hydrogen has been referred as fuel of future with water as an oxidation product, no carbon and higher enthalpy of combustion than any other chemical fuel. To refrain from hydrocarbon cracking, electrocatalytic water splitting, a viable alternative for H2 production, has received significant attention over the last decades.

Although the concept aims precisely at reducing toxic effluents in the environment environment, the various Pt-based groups that have so far been used to catalyze water in alkaline mediums, operate under highly corrosive conditions that further increase the cost and safety concerns of the overall setup.

On the other hand, state‐of‐the‐art catalysts performing well in acidic media, such as transition metal dichalcogenides (TDMs), fail to operate efficiently in alkaline media. As the adsorption energy of the catalyst is key in determining the conversion efficiency and stability in an electrolyte solution, modifying effectively the catalyst electronic structure, morphology and composition, opens the possibility of achieving HER catalysis in both alkaline and acidic environments. 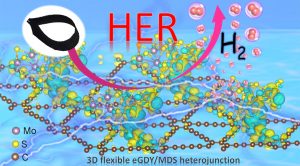 In their study in Advanced Materials, the group of Prof. Yuliang Li from the Institute of Chemistry at the Chinese Academy of Sciences presents a novel catalyst with improved electron transfer in the whole range of pH comprised from a flexible heterojunction of electron-rich graphdiyne (eGDY) and molybdenum disulfide (MDS).

According to the study, the catalytic activity of eGDY/MDS in the alkaline media was found to be superior even to that of Pt/C. The high intrinsic activity that was achieved was attributed to the enhanced electron transfer kinetics at the interface between eGDY and MDS, which facilitated the dissociation of the O–H bonds in water.

According to the authors “This work highlights the far-reaching potential of graphdiyne in the design of new generation electrocatalysts and even brings inspiration in the field of ever-growing green energy. This is likely to offer a new understanding of electrocatalysis that will reshape our thinking regarding synthesis of novel catalysts”.

Living Well With Plastics: The Politics of the Plastics Crisis
What’s so special about rivers that run dry?
The effects of ocean warming
Finally, an anti-fizzing paper straw that doesn't get soggy