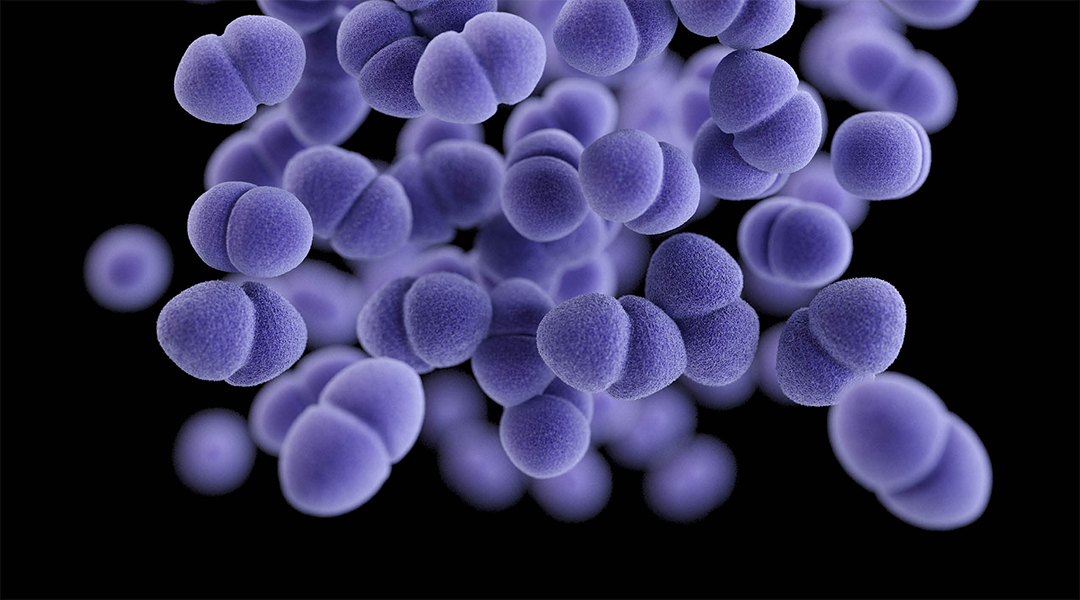 First identified in the 1980s, vancomycin-resistant enterococci (VRE) are drug-resistant bacterial strains that have become a major therapeutic problem. They possess resistance to most front-line antibiotics, including vancomycin, and are the second leading cause of hospital-acquired infections in the United States, resulting in an estimated 20,000 infections each year.

Antibiotic resistance has been dangerously on the rise all over the world, and as bacteria develop new mechanisms to thwart the drugs designed to kill them, our ability to treat common infections, such as pneumonia, becomes limited. A majority of the problem has been linked to misuse and over-prescription of antibiotics, and developing new drugs is no easy feat. Without urgent action, we are heading for a post-antibiotic era in which common infections and minor injuries can once again kill.

To tackle this challenge, researchers from the College of Pharmacy and the College of Veterinary Medicine at Purdue University have developed a strategy to combat the drug-resistant superbug, enterococcus, which typically develop from infections in the intestinal tract.

The team repurposed an FDA-approved drug called acetazolamide that has been on the market for nearly 80 years, which is primarily used to treat glaucoma and congestive heart failure. Through a strategy known as structure–activity relationship (SAR) optimization, in which a molecule’s 3D structure or specific chemical groups are linked to its biological activity, the researchers created two leads that were shown to possess improved potency against clinical VRE strains.

“The potency of these molecules and the ability to tune the molecules’ properties to target VRE in different compartments of the body make this an exciting project,” said Daniel Flaherty, an assistant professor of medicinal chemistry and molecular pharmacology, in a statement. “I believe our discovery may help to change the way people treat VRE in the future.”

The molecules were designed to have either a high oral bioavailability to treat systemic infections throughout the body or low intestinal permeability, which would trap the therapeutic in the intestines to treat VRE infections in the gastrointestinal tract.

“We can have molecules that can be used to treat deadly systemic VRE infections, or through manipulation of the properties of the molecule, design a compound that will reside solely in the gastrointestinal tract to reduce VRE colonization,” continued Flaherty. “By working across disciplines at Purdue, we have been able to improve the effectiveness of this drug 600 times better than where we started in treating VRE.”

The study is an important step toward providing viable treatment options for resistant superbugs, such as VRE. Although, without behavior change, antibiotic resistance will remain a major threat, and greater action needs to be taken to pull ourselves away from this precipice.

Is dopamine more than just a feel-good hormone?
Tracking and analysis of SARS-CoV-2 spike protein mutations
A smart laparoscope that self-adjusts during surgery
The first reported case of COVID-19 community transmission in the U.S: A case study