A compilation of data gathered over the last 20 years shows a surprising drop in global temperatures on Neptune. 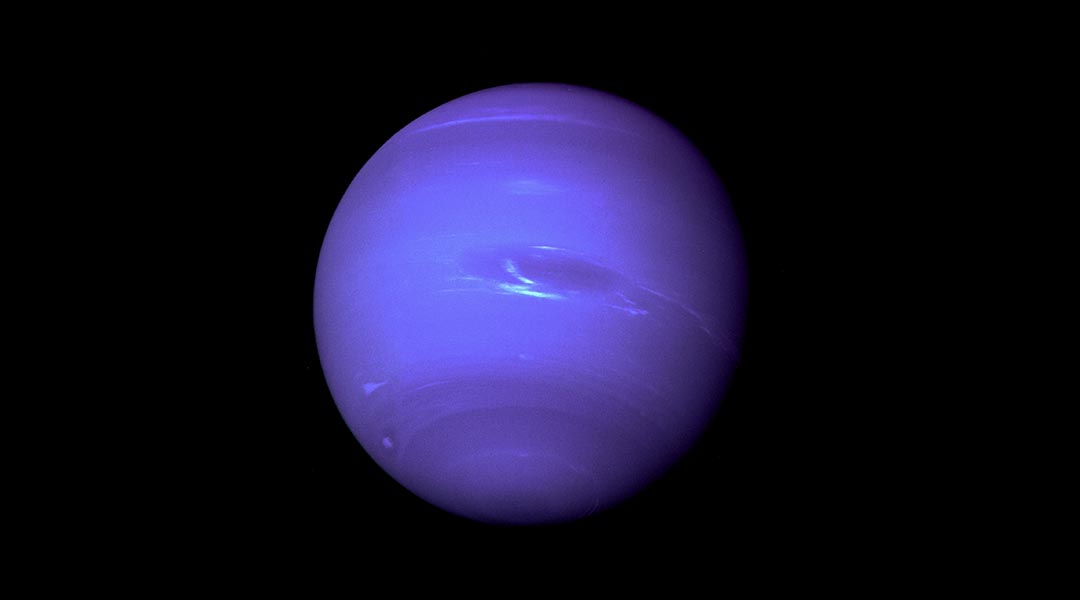 With the development of sophisticated telescopes, satellites, and other highly sensitive light-detecting devices, scientists have been able to learn in great detail not only about distant exoplanets in far away star systems, but our own solar system and its planets.

In an interesting development reported today, researchers from Leicester and NASA’s Jet Propulsion Laboratory have pieced together a more complete picture of the seasonal temperatures of Neptune. Using almost 100 thermal-infrared images, they were able to observe fluctuations in temperature following the summer solstice on the planet. Like Earth, Neptune has an axial tilt and experiences seasonal changes; however, due to its distance from the Sun, a “year” on Neptune lasts 165 Earth years, and it’s been summer on the planet’s southern hemisphere since 2005.

Some celestial bodies, including stars, galaxies, and planets, emit energy in the infrared region of the electromagnetic spectrum — the portion just beyond the red region of visible light, with wavelengths that range from one micrometer to one millimeter.

Using sophisticated thermal cameras, such as the VLT Imager and Spectrometer for mid-InfraRed (VISIR) instrument on ESO’s VLT located in Chile’s Atacama Desert, as well as NASA’s Spitzer Space Telescope, the Gemini South telescope in Chile, the Subaru Telescope, the Keck Telescope, and the Gemini North telescope located in Hawai‘i, astronomers have been reliably measuring the infrared light emitted by Neptune since 2003.

“This type of study is only possible with sensitive infrared images from large telescopes like the VLT that can observe Neptune clearly, and these have only been available for the past 20 years or so,” said the study’s co-author, Leigh Fletcher, a professor at the University of Leicester.

Surprisingly the compiled data showed that despite the onset summer, the thermal brightness of Neptune has been declining. Most of the planet has been unexpectedly cooling over the last two decades, with the global averaged temperature dropping by 8°C between 2003 and 2018 — Neptune boasts an average global temperature of around –220°C (-364°F).

“This change was unexpected,” said Michael Roman, a postdoctoral research associate at the University of Leicester, UK, and lead author of the study published in The Planetary Science Journal, in a statement. “Since we have been observing Neptune during its early southern summer, we expected temperatures to be slowly growing warmer, not colder.”

Yet, another anomaly was observed at Neptune’s south pole, where data gathered by Gemini North in 2019 and Subaru in 2020 reveal that Neptune’s polar stratosphere warmed by roughly 11°C (~20°F) between 2018 and 2020, reversing the previous globally-averaged cooling trend. This polar warming has never been observed on Neptune before.

The cause of these unexpected stratospheric temperature changes is currently unknown, and the results challenge scientists’ understanding of Neptune’s atmospheric variability. “Our data cover less than half of a Neptune season, so no one was expecting to see large and rapid changes,” explained co-author Glenn Orton, senior research scientist at Caltech’s Jet Propulsion Laboratory (JPL) in the US.

“Temperature variations may be related to seasonal changes in Neptune’s atmospheric chemistry, which can alter how effectively the atmosphere cools,” added Roman. “But random variability in weather patterns or even a response to the 11-year solar activity cycle may also have an effect.”

The 11-year solar cycle (marked by periodic variation in the Sun’s activity and sunspots) has been previously suggested to affect Neptune’s visible brightness, and the new study reveals a possible, but tentative, correlation between the solar activity, stratospheric temperatures, and the number of bright clouds seen on Neptune.

More observations will be needed over the coming years to explore the reasons for these fluctuations. Future ground-based telescopes like ESO’s Extremely Large Telescope (ELT) could observe temperature changes like these in greater detail, while the James Webb Space Telescope will provide unprecedented new maps of the chemistry and temperature in Neptune’s atmosphere.

“I think Neptune is itself very intriguing to many of us because we still know so little about it,” said Roman. “This all points towards a more complicated picture of Neptune’s atmosphere and how it changes with time.”