Scientists have observed the mysterious death of a carbon-rich star, which was characterized by the mass ejection of matter into space. 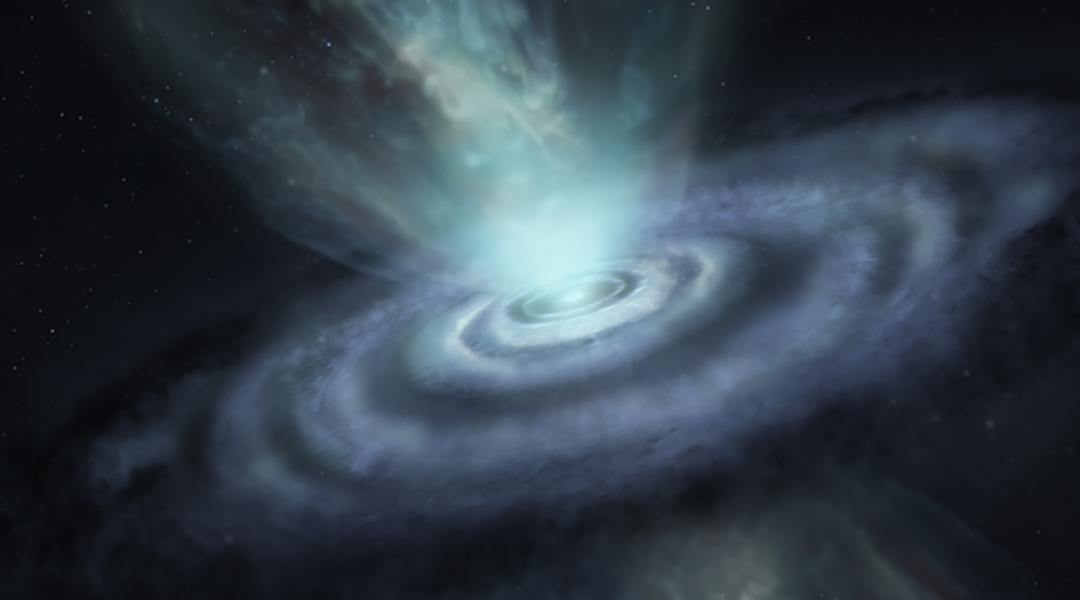 Scientists have witnessed a carbon star’s mysterious death throes in unprecedented detail. Using the Atacama Large Millimeter/submillimeter Array (ALMA) and data from the Hubble Space Telescope, the team discovered six slowly-expanding rings and two hourglass-shaped structures caused by the high-speed ejection of matter out into space.

V Hya is a carbon-rich asymptotic giant branch (AGB) star located approximately 1,300 light-years from Earth in the constellation Hydra. More than 90% of stars with a mass equal to or greater than the Sun evolve into AGB stars as the fuel required to power nuclear processes is stripped away.

Among these millions of stars, V Hya has been of particular interest to scientists due to its so-far unique behaviors and features, including extreme-scale plasma eruptions that happen roughly every 8.5 years and the presence of a nearly invisible companion star that contributes to V Hya’s explosive behavior.

“Our study dramatically confirms that the traditional model of how AGB stars die — through the mass ejection of fuel via a slow, relatively steady, spherical wind over 100,000 years or more — is at best, incomplete, or at worst, incorrect,” said Raghvendra Sahai, an astronomer at NASA’s Jet Propulsion Laboratory, and the principal researcher on the study.

“It is very likely that a close stellar or substellar companion plays a significant role in their deaths, and understanding the physics of binary interactions is both important across astrophysics and one of its greatest challenges. In the case of V Hya, the combination of a nearby and a hypothetical distant companion star is responsible, at least to some degree, for the presence of its six rings, and the high-speed outflows that are causing the star’s miraculous death.”

Mark Morris, an astronomer at UCLA and a co-author on the research added, “V Hydra has been caught in the process of shedding its atmosphere — ultimately most of its mass — which is something that most late-stage red giant stars do. Much to our surprise, we have found that the matter, in this case, is being expelled as a series of outflowing rings. This is the first and only time that anybody has seen that the gas being ejected from an AGB star can be flowing out in the form of a series of expanding ‘smoke rings’.”

Adding to our understanding of stellar evolution

The six rings have expanded outward from V Hya over the course of roughly 2,100 years, adding matter to and driving the growth of a high-density flared and warped disk-like structure around the star. The team has dubbed this structure the DUDE, or Disk Undergoing Dynamical Expansion.

“The end state of stellar evolution — when stars undergo the transition from being red giants to ending up as white dwarf stellar remnants — is a complex process that is not well understood,” said Morris. “The discovery that this process can involve the ejections of rings of gas, simultaneous with the production of high-speed, intermittent jets of material, brings a new and fascinating wrinkle to our exploration of how stars die.”

Sahai added, “V Hya is in the brief but critical transition phase that does not last very long, and it is difficult to find stars in this phase, or rather ‘catch them in the act. We got lucky and were able to image all of the different mass-loss phenomena in V Hya to better understand how dying stars lose mass at the end of their lives.”

Sahai said, “We first observed the presence of very fast outflows in 1981. Then, in 2022, we found a jet-like flow consisting of compact plasma blobs ejected at high speeds from V Hya. And now, our  discovery of wide-angle outflows in V Hya connects the dots, revealing how all these structures can be created during the evolutionary phase that this extra-luminous red giant star is now in.”

Due to both the distance and the density of the dust surrounding the star, studying V Hya required a unique instrument with the power to clearly see matter that is both very far away and also difficult or impossible to detect with most optical telescopes. The team enlisted ALMA’s Band 6 (1.23mm) and Band 7 (.85mm) receivers, which revealed the star’s multiple rings and outflows in stark clarity.

“The processes taking place at the end stages of low mass stars, and during the AGB phase in particular, have long fascinated astronomers and have been challenging to understand,” said Joe Pesce, an astronomer and NSF program officer for NRAO/ALMA. “The capabilities and resolution of ALMA are finally allowing us to witness these events with the extraordinary detail necessary to provide some answers and enhance our understanding of an event that happens to most of the stars in the Universe.”

Sahai added that the incorporation of infrared, optical, and ultraviolet data into the study created a complete multi-wavelength picture of what might be one of the greatest shows in the Milky Way, at least for astronomers. “Each time we observe V Hya with new observational capabilities, it becomes more and more like a circus, characterized by an even bigger variety of impressive feats. V Hydrae has impressed us with its multiple rings and acts, and because our own Sun may one day experience a similar fate, it has us at rapt attention.”