The reprocessing of spent nuclear fuel could become safer and more efficient after researchers found a way to modify the structure of molecules to remove radioactive materials. 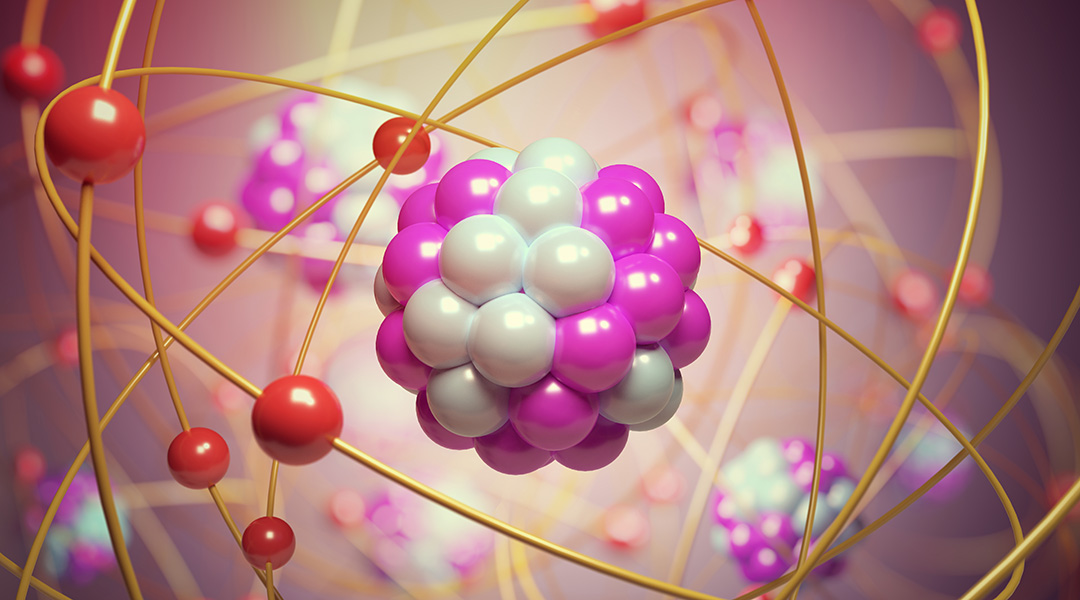 The reprocessing of spent nuclear fuel could become safer and more efficient in future after researchers found a way to modify the structure of molecules to remove radioactive materials. The research is published in a recent edition of Chemistry – A European Journal.

Nuclear energy offers a clean, low carbon source of electricity and is becoming a growing part of the energy provision in many countries worldwide. About 10% of the world’s electricity is produced by nuclear power. However, nuclear power stations need fuel to produce electricity and this fuel becomes less efficient over time, and needs to be replaced after approximately five years.

Spent fuel is still highly radioactive and generates intense amounts of heat. Before being reprocessed or disposed of, it needs to be submerged in specialist cooling ponds under more than 40 feet of water. The water provides shielding from radioactivity and is continuously cooled to remove the intense heat from the fuel rods.

It takes more than a year for the fuel rods to cool to a point where they can be reprocessed to remove the uranium and plutonium elements, which can then be reused as fuel.

However, the elements americium, curium and neptunium, which are called the minor actinides, are still present and produce most of the heat and radioactivity of the remaining spent fuel. In addition, these elements remain highly radioactive for approximately 9,000 years, which makes the long-term storage and disposal of spent fuel extremely difficult to manage safely.

If these harmful radioactive elements could be removed it would significantly improve the safety and sustainability of nuclear energy because the remaining spent fuel would remain radioactive for approximately 300 years, which is a much more manageable timeframe.

Molecules called triazines are capable of removing (or extracting) these harmful elements from spent nuclear fuel in a highly selective way, and have been known for some time. The researchers aimed to find out how modifying a certain part of these molecules could influence their ability to bind and extract these minor actinides at the molecular level. The knowledge and insights gained could be exploited to design better, more efficient molecules for spent nuclear fuel reprocessing in future.

The researchers changed the size of the aliphatic rings in the established benchmark molecules from 6-membered rings to 5-membered rings. They found that this small but subtle change had unexpected effects on how efficiently these molecules bind and extract the minor actinides compared to the benchmark molecules. The exact reasons for these effects were then determined at the molecular level using a range of experimental techniques.

Dr. Frank Lewis, senior lecturer in organic chemistry in Northumbria University’s Department of Applied Sciences said: “The findings are significant as they could allow better molecules to be designed in a more rational way, rather than simply by trial and error.

“The knowledge and insights we have gained by tuning the cyclic aliphatic part of these molecules could pave the way for the rational design of improved actinide selective ligands for reprocessing spent nuclear fuels. Modifying these molecules in different ways to improve their extraction properties could make future reprocessing more efficient and could be essential if they are to be used industrially in future.

“We believe that these results are of great importance to the field of nuclear energy, and this has been confirmed by the panel who reviewed the paper before publication.”