Scientists create a new route for the total synthesis of tetrodotoxin, a molecule in puffer fish that has promising medicinal benefits, such as pain relief. 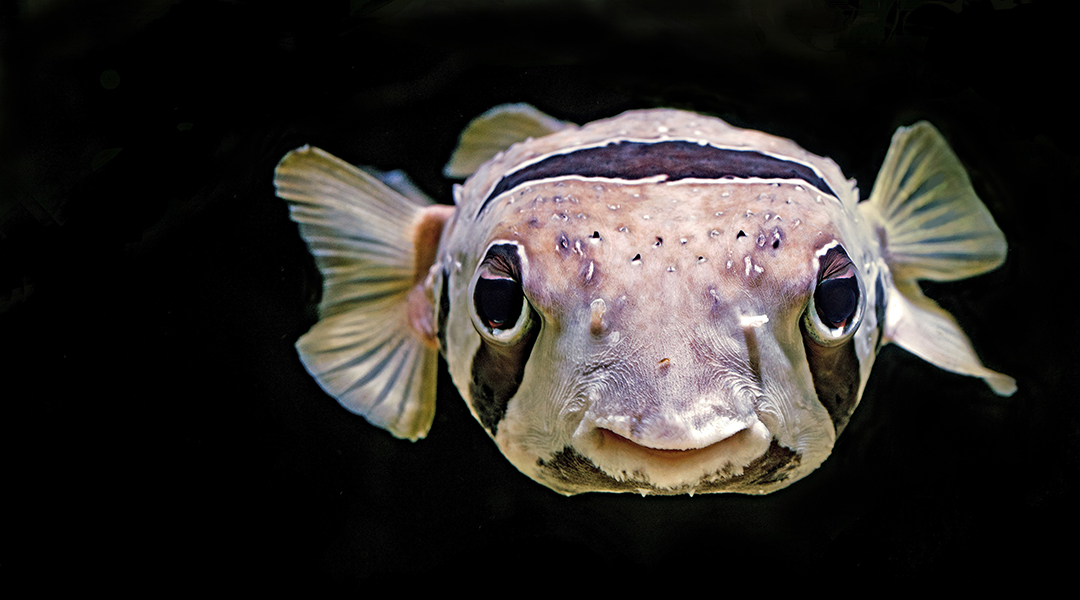 In Japan, puffer fish is considered a delicacy, but the tickle to the taste buds comes with a tickle to the nerves in the form of tetrodotoxin, a strong nerve toxin. In low doses, tetrodotoxin has promising medicinal benefits and could be used to treat severe pain, such as in the treatment of cancer.

Now, in the journal Angewandte Chemie, scientists have introduced a new route for the total synthesis (complete production of a natural product from current materials) of tetrodotoxin.

Eating puffer fish (or fugu) initially elicits a light prickling in the mouth, which can have a relaxing or euphoric effect. This is assuming the cook knows what he or she is doing because if the fish is incorrectly prepared, things can end badly. Tetrodotoxin blocks the voltage-gated sodium channels, and thus nerve impulses. This may result in paralysis and even difficulty breathing.

In the EU, the importation and preparation of fugu as food is forbidden. In Japan and other countries, a number of strict laws regulate the preparation and consumption of puffer fish products. However, there are still occasional deaths.

Early clinical studies are underway to explore its application in pain relief, thus, it is important to develop a simple, reliable synthetic method to provide access to tetrodotoxin and structurally related compounds — for research and eventually robust and inexpensive production.

Tetrodotoxin has a unique, highly complex, cage-like structure (a tricyclic orthoester) as well as a cyclic guanidine component. Guanidine is an important component of many biological molecules, including arginine. The tetrodotoxin framework is highly oxidized and has five hydroxy groups (–OH) as substituents.

A number of different total syntheses of tetrodotoxin have previously been published, including one from researchers led by Satoshi Yokoshima at the Nagoya University, Japan in 2017. Now Yokoshima and his team have introduced another, novel total synthesis.

The key step is a Diels-Alder reaction between a known starting compound (an enone) and a silicon-containing component (a siloxyldiene) to make a tricyclic intermediate with the right spatial (steric) arrangement to allow for proper attachment of the hydroxy groups and later, construction of the “cage”.

Formation of the guanidine component begins with introduction of an amino group—either by a conventional four-step method or a three-step reaction sequence based on a newly developed conversion of a terminal alkyne to a nitrile. Finally, the “bridges” needed for formation of the cage are built up over several steps. A cross-coupling reaction was used for introducing a carbon substituent (hydroxymethyl group) on the cage. Employing other components for the cross coupling reaction might lead to producing structurally related molecules.