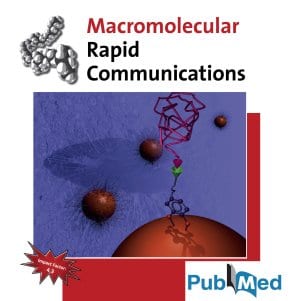 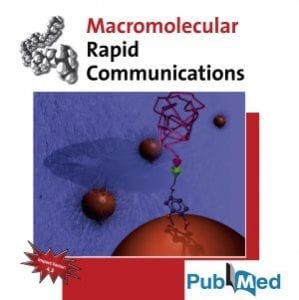 The highly rated polymer science journal Macromolecular Rapid Communications has been chosen for indexing in MEDLINE, the database of biomedical journal citations and abstracts provided by the U.S. National Library of Medicine. This will allow biomedical researchers who use MEDLINE as their primary literature search database to discover important biomedical polymer content published in Macromolecular Rapid Communications.

In recent years there has been a growing interest in the field of polymers for biomedical and biological application. As a result, the overall percentage of papers published in MRC with a biological focus or a biological application has steadily grown, from about 10% in 2007 to almost 30% in 2010. Recently published special issues on Macromolecular Biomaterials for Delivery of Therapeutics (guest-edited by Yi-Yan Yang and Kazunori Kataoka) and Polymers in Biomedicine and Electronics (guest-edited by Andreas Lendlein et al.) clearly reflect this trend. In addition, MRC has recently started an ongoing series that focuses on Biological-synthetic polymer conjugates. Guest-editor of this series, Harm-Anton Klok (Lausanne, Switzerland), states: “…the journal in particular has been publishing an increasing number of cutting edge publications on subjects at the interface between biology/medicine and polymer science, which makes MRC an increasingly important source of reference for researchers working in the biomedical area. Indexing of MRC in Medline is essential and indispensable in order to facilitate the access of researchers working in this area.”