Researchers give a full account of results on localization properties for the Anderson model. 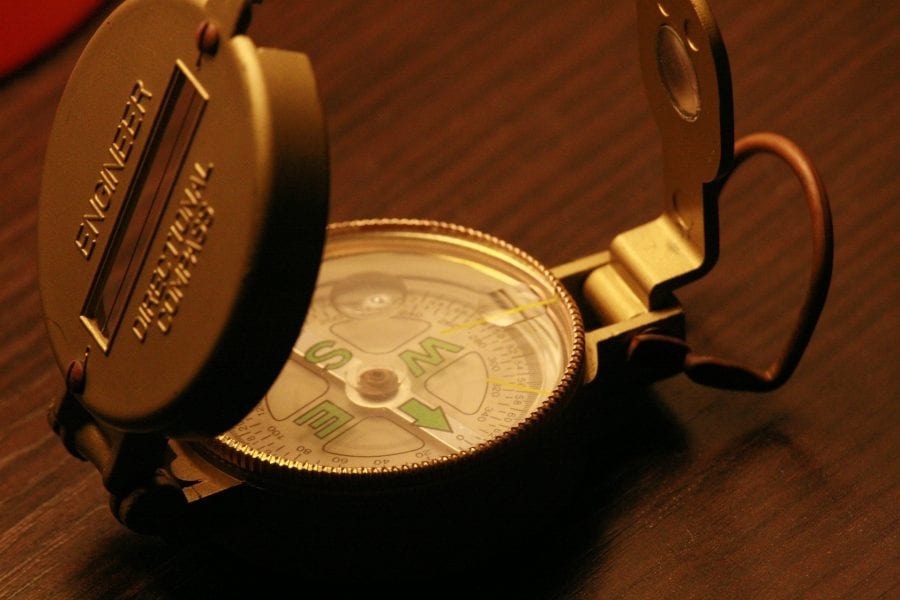 Disorder effects on interacting quantum many-body systems have recently seen rapidly rising interest. The principal goal is to understand the insulator-conductor transition in disordered materials. For non-interacting systems this is explained by the localization-delocalization transition in the Anderson model. To understand if this phenomenon also appears in interacting systems poses considerable challenges due to the high complexity of the mathematical models.

Particular interest arises from applications in quantum information theory, where prototypical models are given by quantum spin systems. Here one wants to understand the effects of disorder effects on quantum entanglement and information transport.

Despite many open questions, substantial progress has been made in recent years. There is now increasing consensus on the characteristics which describe the many-body localized phase of a disordered many-body system. Among these are absence of many-body transport (as mathematically described through Lieb-Robinson bounds), rapid decay of correlations of eigenstates and thermal states, as well as area laws for the bipartite entanglement of eigenstates. 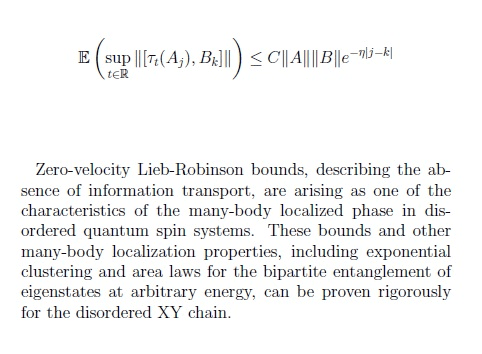 The XY spin chain in random transversal field provides a first example where all these characteristics allow fully rigorous mathematical proofs. What makes the XY chain analytically accessible is the possibility of reducing it, via the Jordan-Wigner transform, to an effective Hamiltonian given by the Anderson model. Thus many-body localization properties in the XY chain can be derived as consequences of known forms of Anderson localization.

Researchers from the universities of Arizona, California and Alabama by Birmingham give a full account of results on localization properties for this model. These detailed and quite specific results for the XY chain are helpful in shaping our understanding of the subtle issues raised by many-body localization, and can be used as a stepping stone to more general mathematical results about many-body localization in disordered quantum spin systems and other quantum many-body systems.

What can AI tell us about the early universe?
High-speed plasma turbulence measured in nuclear fusion reactor for the first time
Computational electromagnetics: Know your tools for they shape our future
Researchers use laser paintbrush to create miniature masterpieces