Findings could lead to better performance in lithium-ion batteries in electric vehicles, medical equipment and aircraft. 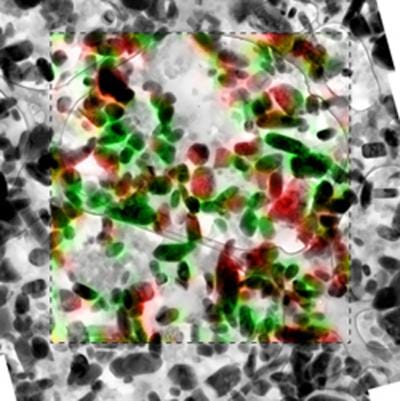 Researchers at Sandia National Laboratories have confirmed the particle-by-particle mechanism by which lithium ions move in and out of electrodes made of lithium iron phosphate (LiFePO4, or LFP), findings that could lead to better performance in lithium-ion batteries in electric vehicles, medical equipment and aircraft.

LFP, a natural mineral of the olivine family, is one of the newer materials being used in lithium-ion batteries and is known to be safer and longer-lasting than the lithium cobalt oxide (LiCoO2) compound used in smart phones, laptops and other consumer electronics.

While LFP material is intriguing to researchers and battery manufacturers for those reasons, the process by which lithium ions move in and out of LFP as the battery stores and releases its energy is not well understood. This has proven to be a barrier to the material’s widespread adoption.

By observing complete battery cross-sections, the researchers have provided key insights on a controversy over the process that limits the battery charging and discharging rates.

Previous attempts to optimize the charging/discharging speed have included coating the particles to increase their electrical conductivity and reducing particle size to speed up their transformation, but have overlooked the initiation process that may well be the critical rate-limiting step in the way that lithium moves from a particle’s exterior to its interior. 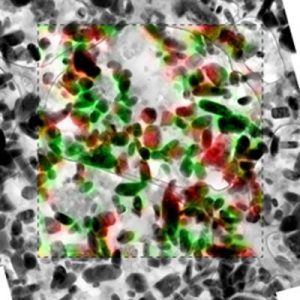 By using X-ray microscopy to examine ultrathin slices of a commercial-grade battery, Sandia researchers found evidence that charging and discharging in LFP is limited by the initiation of phase transformation, or nucleation, and is unaffected by particle size.

The LFP electrode forms a mosaic of homogeneous particles that are in either a lithium-rich or lithium-poor state. The Sandia research confirms the particle-by-particle, or mosaic, pathway of phase transformations due to insertion of lithium ions into the cathode. The findings contradict previous assumptions.

“One propagation theory said that when all the particles were exposed to lithium, they would all start discharging slowly together in a concurrent phase transformation,” said El Gabaly. “We’ve now seen that the process is more like popcorn. One particle is completely discharged, then the next, and they go one-by-one like popcorn, absorbing the lithium.”

Lithium ions move in and out of battery electrode materials as they are charged and discharged. When a rechargeable lithium-ion battery is charged, an external voltage source extracts lithium ions from the cathode (positive electrode) material, in a process known as “delithiation.” The lithium ions move through the electrolyte and are inserted (intercalated) in the anode (negative electrode) material, in a process known as “lithiation.” The same process happens in reverse when discharging energy from the battery.

“We observed that there were only two phases, where the particle either had lithium or it didn’t,” said El Gabaly. “In many previous studies, researchers have focused on understanding the charging process inside one particle.”

El Gabaly and his Sandia colleagues took a slice just a bit thicker than a human hair from a commercial-grade battery, just one layer of LFP particles, and mapped the locations of the lithium in about 450 particles when the battery was at different states of charge.

“Our discovery was made possible by mapping the lithium in a relatively large particle ensemble,” he said.

Many tools, facilities contribute to research

The researchers were able to build a commercial-grade coin-cell battery from raw materials using Sandia’s cell battery prototyping facility in New Mexico, which is the largest Department of Energy facility equipped to manufacture small lots of lithium-ion cells. The battery was then charged, tested for normal behavior, and disassembled at Sandia’s Livermore, Calif., facility through a new method of slicing layers that conserved the spatial arrangement from the cathode to the anode.

The Sandia researchers went to Lawrence Berkeley National Laboratory to characterize the materials with state-of-the-art scanning transmission X-ray microscopy (STXM) at the Advanced Light Source (ALS), and then returned to Sandia’s California site for study by transmission electron microscopy (TEM).

“The X-ray spectroscopy from the ALS tells you what’s inside an individual particle, or where the lithium is, but it has low spatial resolution. We needed the electron microscopy of the same slice to tell us where all the particles were distributed across the entire layer of the battery,” said Chueh, a former Sandia Truman Fellow who is lead author of the journal article and an assistant professor and center fellow at the Precourt Institute of Energy at Stanford University.

Sandia’s research team and others presented their technical findings at the recent Materials Research Society Spring Meeting in San Francisco. As a result of that presentation, El Gabaly said, other researchers are using the results to validate theoretical models. The team also may partner with industry, as one company has already indicated a strong interest in Sandia conducting similar studies on different, more complex battery materials.

Energy Perspectives: Jonathan Coleman Elucidates Capacity vs Rate Performance
Solar chemicals and fuels in the dark
Could Beer Waste Power Your Home?
How power systems can be operated using only renewable power generation