The North American subsidiary of the Linde Group, Linde LLC, has put its first retail hydrogen fueling station in the U.S. into operation. 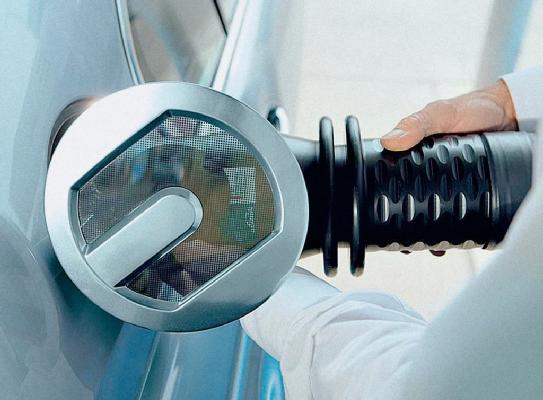 The North American subsidiary of the Linde Group, Linde LLC, has put its first retail hydrogen fueling station in the U.S. into operation. The facility, which is a part of the Ramos Oil Company multi-fuel station in West Sacramento, California, was inaugurated in December 2014.

“We are very excited to be working with Ramos Oil on this project,” said Nitin Natesan, business development manager for Hydrogen Fueling in North America. “This high throughput retail station is a very significant step forward in the commercialization of hydrogen-fueled cars,” said Natesan.

“We have been serving the Sacramento market with a variety of fuels for over 60 years and we are anxious to support the infrastructure necessary to prove that hydrogen has a place in the transportation fuel mix,” said Kent Ramos, president of Ramos Oil Company.

Natesan said, “While the acceptance of Linde technology for hydrogen fueled vehicles is advancing at a fast pace in Europe, we’re now getting a real foothold in the U.S., with California leading the way.” Recently, the California Energy Commission, which supports this project, announced that it is providing funding for a significant number of additional retail stations throughout the state.

Apart for the one in West Sacramento, Linde received funding for a total of six stations. Linde has also built and is operating two hydrogen fueling stations for California’s AC Transit to fuel twelve hydrogen fuel cell buses in Emeryville and Oakland.

At the heart of the hydrogen fueling system is the Linde IC 90 ionic compressor which enables higher throughput and enhanced back-to-back fueling. Unlike conventional piston-operated compressors, the IC 90 works with ionic liquid that does not evaporate or mix with the hydrogen gas. It also eliminates mechanical wear-and-tear and sealing problems inside the cylinders.

“With this compressor, Linde has made a valuable contribution to the ongoing enhancement of today’s hydrogen fueling infrastructure,” said Mike Beckman, head of Hydrogen Fueling at Linde North America. “It is evident that this technology has moved well beyond the experimental stage and is now becoming a commercial reality, particularly in California.”