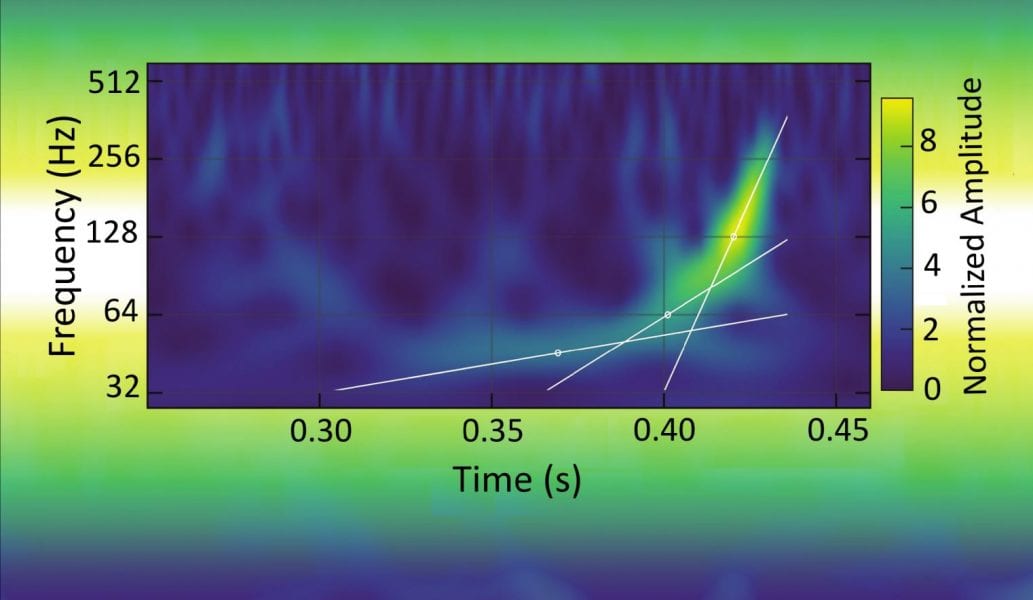 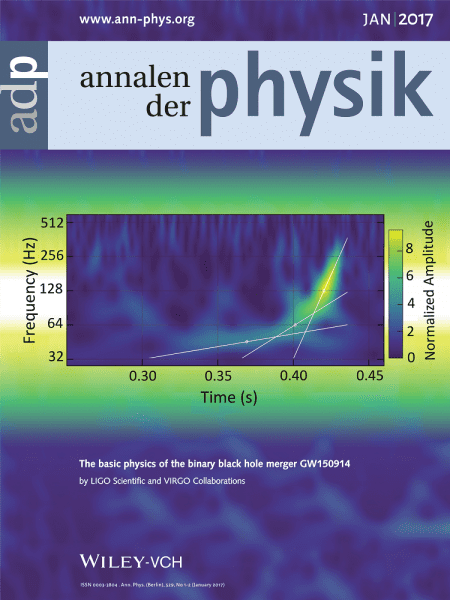 It was the biggest science story of 2016: The first direct detection of gravitational waves by the Advanced LIGO detectors. Not only was the signal, which was dubbed GW150914 since it was detected on September 14, 2015, a successful confirmation of Einstein’s general theory of relativity, it also was the first direct proof for the existence of black holes.

While the full astrophysical analysis of the signal and its beautiful agreement with Einstein’s equations require complicated general-relativistic physics, a general physics background is sufficient to extract the relevant astrophysics from the signal. In their publication “The basic physics of the binary black hole merger GW150914” the LIGO Scientific and Virgo Collaborations analyze the publicly available data using concepts from Newtonian physics and general relativity to show that the signal was indeed produced by the inspiral and subsequent merger of two black holes. Furthermore, the black hole masses and their distance from one another before the final merger are obtained by simple arguments, as well as their distance from Earth and the enormous amount of energy radiated in gravitational waves.

The paper is a tiered introduction for a wide audience: the most important points can be accessible to anyone with a high school or undergraduate background in physics, and more advanced topics are explained assuming only a basic but wide science background. It is offered as a primer to anyone who wants to be prepared for the era of gravitational-wave astronomy, or wants to learn more about general relativity, black holes and gravitational waves – an open invitation to the physics of the exceptional event GW150914.

The text is kindly provided by Dr. Ofek Birnholtz and Dr. Benjamin Knispel

Is the Universe running out of stars?
How sticky gold could “pull off” the next big thing in semiconductor technology
#BlackinChem 2021: Everything you need to know
Encoding molecular interactions: Advancing drug design