Lighting up the subcellular environment 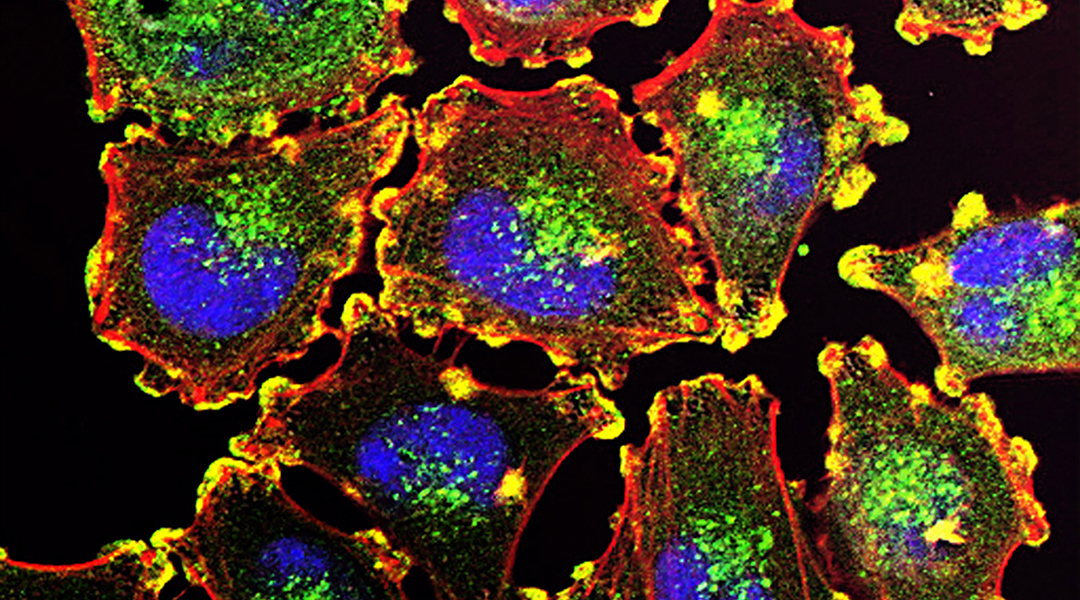 Just as the human body relies on the functioning of its organs, every living cell is sustained by interactions between internal structures that carry out specialized tasks. Some of these structures, called organelles, are bound by membranes forming discrete compartments. Other structures are formed from protein condensates that separate from the cell’s cytoplasm as oil does from water. Increasing recognition of the complexity of the subcellular environment has motivated researchers to develop tools that can answer biological questions with enhanced precision.

Researchers from the Avalos lab at Princeton University have been working with one of the most promising emerging technologies for the study of subcellular structures: optogenetics. In a recent review from this group, they describe how optogenetic systems are built using proteins that change shape in the presence or absence of particular wavelengths of light. These optogenetic systems can be used to reversibly fuse organelles to transport proteins, signaling molecules, or to other subcellular structures when activated by the appropriate light stimulus. These systems can then be employed to study cellular biology and pathophysiology and to engineer cells for the production of commodity chemicals.

In addition to controlling existing subcellular structures, optogenetic clustering of key enzymes can initiate the formation of membraneless synthetic organelles within cells upon exposure to light. These synthetic organelles can be used to increase the yield of valuable chemicals from cell factories by preferentially diverting metabolic flux away from by-products or side reactions and towards the compound of interest.

“When trying to engineer cell factories from the production of commodity chemicals, harnessing the natural organelles already existing in the cell can be enormously advantageous but it can also be challenging because cells depend on healthy organelles to survive and they have evolved tight regulatory control over them,” explained Dr. José Avalos, an assistant professor in Princeton’s Chemical and Biological Engineering Department and the Andlinger Center for Energy and the Environment.

“So, if an engineered function, say an alteration to a native metabolic pathway or the introduction of new one, is too heavy a burden for a natural organelle, it can be detrimental to the cell. Conversely, the function we intend to engineer may be subdued by natural organelle regulation. Synthetic organelles offer a possible solution to these challenges because they are not essential to the cell and the cell has not evolved to control them. Being membraneless is another advantage as synthetic organelles have no permeability restrictions to chemicals and metabolites. Making them responsive to light gives us further control over their assembly and disassembly.”

Optogenetic control of organelle behavior has allowed researchers to study disease processes and investigate how organelle location impacts cellular function. The utility of these strategies will only expand as researchers begin simultaneously employing multiple optogenetic systems with different activating wavelengths. For example, a blue-light responsive system and a red-light responsive system can be introduced to a single cell to create an orthogonal optogenetic set-up that allows for multi-wavelength control over independent subcellular functions.

“Subcellular architecture is complex, crucial, and its dysfunction can lead to disease. Both studies aiming to better understand the subcellular environment and efforts to engineer it would benefit from orthogonal optogenetic systems that take advantage of multiple wavelengths for the independent control of subcellular structures,” said Avalos.