LGBTQ+ in STEM — Where are we now?

Exploring how grassroots movements in the scientific community work hand‐in‐hand with institutions and field leaders to promote diversity and inclusivity. 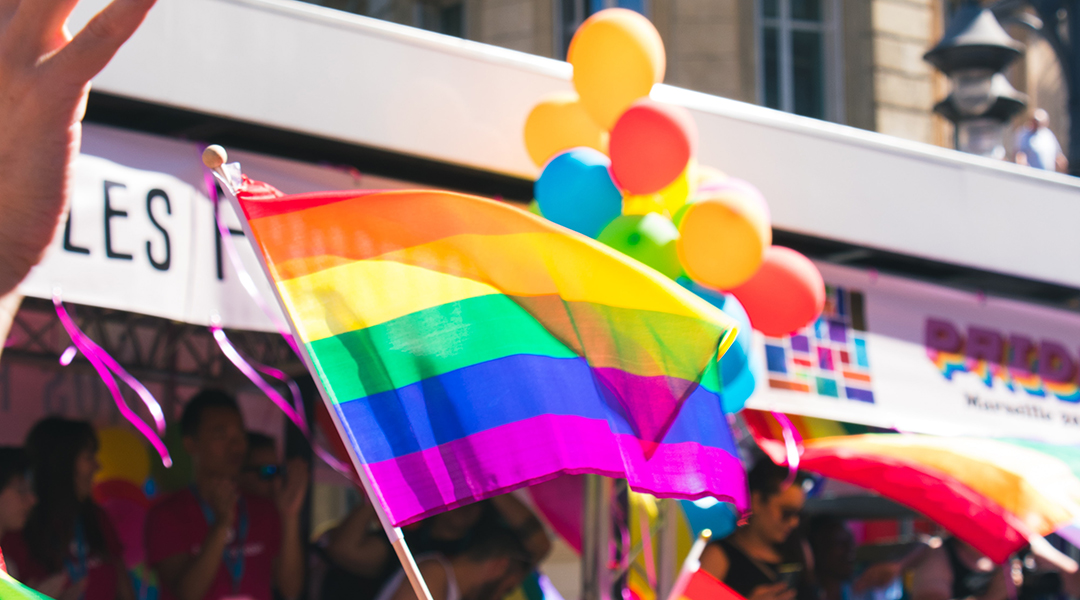 In the last decade, the demand for safe and diverse spaces has spread throughout all aspects of life. From private companies to educational institutions, from governance to mass media, different spheres and communities recognize the need to acknowledge and address discrimination against minorities, including the lesbian, gay, bisexual, trans, queer (LGBTQ+, “+”=plus other sexes, gender identities, and sexual orientation) community.

As a gay Filipino scientist who studied (and is now working) in Germany, one of the things that I was anxious about during my move to another country is how my research group (or now, my workplace) would respond to queer identities. I have previously explored a little bit of what it was like to be queer in an academic environment and interviewed three LGBTQ+ scientists. The take home message from these interviews was that it is important to be visible so that (1) other queer people can be inspired or simply feel safe and be comfortable with themselves, and (2) so that non‐queer people don’t see us as alien or different, but rather just another person — someone they can interact and work with, someone they can relate to and even befriend, someone they can see as part of their community and families.

What I want to explore is if we, as a more visible community, are having an effect at the grassroots level. Are our workplaces becoming safer and inclusive? How have institutes been responding to this clamor for diversity? How can we improve and move forward into the future?

Where are we now?

To be able to know how to move forward, we need to acknowledge the current state of LGBTQ+ scientists in the workplace.

Over the years, several studies have tried to make sense of the issues faced by LGBTQ+ individuals face in professional STEM workplaces. And while progress is slowly being made, LGBTQ+ scientists still feel discriminated, harassed, and intimidated in the workplace, according to a 2019 report published by the Royal Society of Chemistry, Royal Astronomical Society, and the Institute of Physics of the U.K.

Perhaps the most striking among its findings is the amount of people (28% of all respondents) that considered leaving their workplace due to the climate or discrimination towards LGBTQ+ people. Broken down to different demographics, a higher proportion LGBTQ+ individuals tend to experience exclusionary, intimidating, offensive or harassing behavior because of their gender identity or sexual identity.

In the United States, LGBTQ+ visibility and activism in STEM started in the late 1970s, and blossomed into a nationwide association of gay and lesbian scientists know as the National Organization of Lesbian and Gay Scientists (NOLGS). It served as a grassroot network to organized events and meetings to address problems arising from homophobia in the scientific workplace.

Now called the National Organization of Gay and Lesbian Scientists and Technical Professionals, Inc. (NOGLSTP), the advocacy organization has grown and their activities do not only focus on activism, but also on support — this included recognition to outstanding queer scientists, as well as organizing mentorship programs and career workshops. Similar organizations in Europe were non‐existent until recently.

The general recommendations of the report to improve workplace atmosphere are building a visibly welcoming community, reviewing of policies to ensure they are inclusive, and introducing and improving training at all levels. For me, these recommendations are the most important part of the report. To the best of my knowledge, this is the first report that offers concrete action points not only for individuals but also to employers and learned societies when it comes to addressing LGBTQ+ issues in STEM workplaces in Europe.

Advocacy groups such as 500 Queer Scientists, and Pride in STEM are helping to raise awareness and visibility around LGBTQ+ scientists. However these organizations can only do so much at the grassroots level. After all, improvement of workplace conditions and atmosphere can only be implemented when members of our own community take up the fight.

The acknowledgement that minorities such as the LGBTQ+ community need a voice in policy decisions within universities and institutes has been growing the last few years. For example, CERN has had an LGBTQ group since 2010. Aside from that, some universities, and academic societies have already formed their own diversity and equality offices or working groups to help identify and address issues of different minorities, including LGBTQ+. Some examples would include the University of York and the Royal Society of Chemistry, both in the U.K., as well as the Max Planck Society (and in conjunction the different Max Planck Institutes), and the European Molecular Biology Laboratory (EMBL).

“The quest for equality is a marathon and making many small (yet impactful) changes will hopefully lead to huge changes over 5–10 years, not only at EMBL but within the industry itself,” said Zachary O’Sullivan, the Equality and Diversity Officer based in EMBL‐EBI. Indeed small acts can make a world of difference.

I wouldn’t want this essay to be prescriptive, but rather, I hope that it highlights what could be done in individual institutes or even bigger organizations. Each institute of course will have its sets of limitations, whether it be cultural or even legal, the most important step is that organizations acknowledge the issues, and open the discourse for fostering diverse and inclusive workspaces. As I previously mentioned, the U.K. survey could serve as a good starting point for change in individual communities, institutes, organizations, or even wider society. I am particularly hopeful that other societies could follow suit.

O’Sullivan perhaps summarizes best what an ideal place of work would be for an LGBTQ+ scientist, “It is important for us as an organization that the workforce reflects the population we serve and to set an example in showing the world that a career in science is a possibility for anyone that wants it.”

This essay was originally published in Chemistry — A Eurpean Journal on June 26, 2020.

How we frame the climate crisis matters
Scaled and directly integrated PV-EC means big news for green hydrogen
Abstract Images: Producing the Perfect Picture
You are not alone!