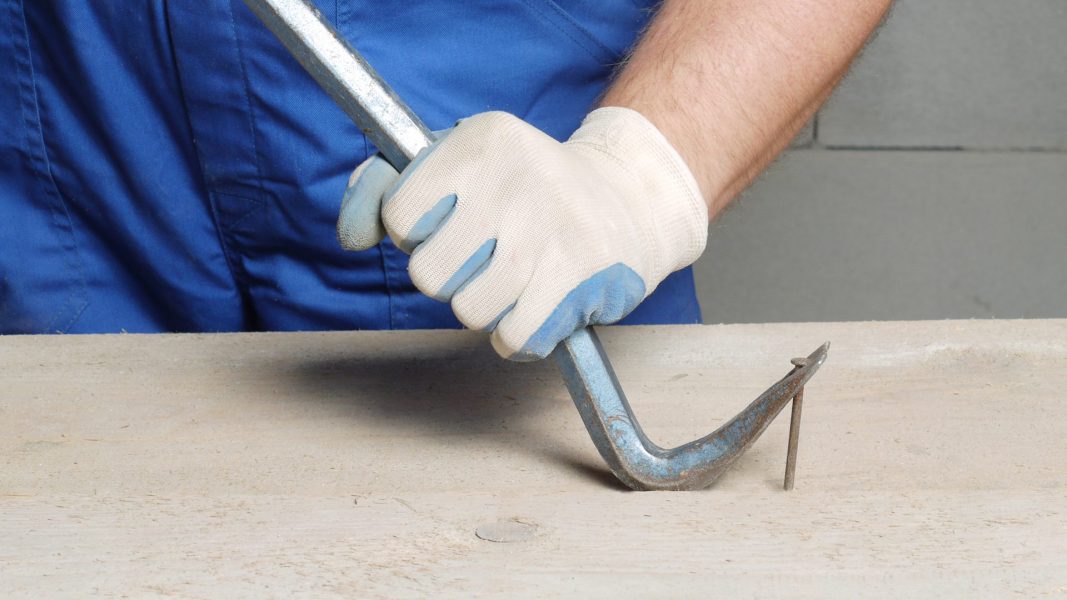 Many renewable energy technologies, such as fuel cells and hydrogen generation, have one thing in common: they rely heavily on choosing the right material for the catalyst.

Platinum and other platinum group metals (PGMs) are the most efficient catalysts for most of these applications; however, their rarity and price prevent broad and affordable application. This has sparked research into suitable, more abundant materials for this purpose.

The most promising class of non-PGMs for fuel cell membranes are iron-coordinated nitrogen-doped carbons having the biomimetic feature of an iron atom, which is surrounded by 4 nitrogen atoms, a so-called FeN4 active site. It is very challenging to design catalysts which have the highest possible concentration of FeN4 sites because current methods yield significant amounts of more stable inorganic iron compounds as byproducts. These byproducts change the structure of the catalyst and also reduce the amount of actice FeN4 sites.

In their Advanced Energy Materials paper, Tim-Patrick Fellinger and co-workers, present a new method that completely avoids inorganic iron byproducts by introducing magnesium into the synthesis route for nitrogen-doped carbon. At a later stage, magnesium is substituted by iron at low temperatures, which leads to a highly active and stable FeN4 based electrocatalyst, see Figure 1, right. 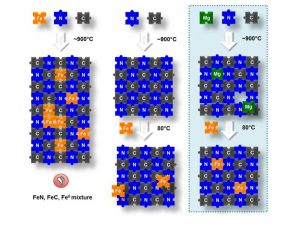 By decoupling the synthesis of the host material (N-doped carbon) from the generation of the active site (FeN4), the researchers gained superior control of the structure development and activity of the catalyst.

Dr. Tim-Patrick Fellinger, corresponding author of the paper, suggests, “Our recent results should accelerate the research and development of polyelectrolyte membrane fuel cells that do not rely on expensive platinum anymore. In the long run, we hope that our “active-site imprinting” strategy will allow us to implement features of enzymes into carbon-based catalysts, allowing for a new generation of bio-inspired catalysis”

This research may have significant impact on the synthesis of similar catalysts, while also leading the way in the development of completely new materials.