Low levels of socialization are sufficient in maintaining typical behavior and brain development in bumblebees. 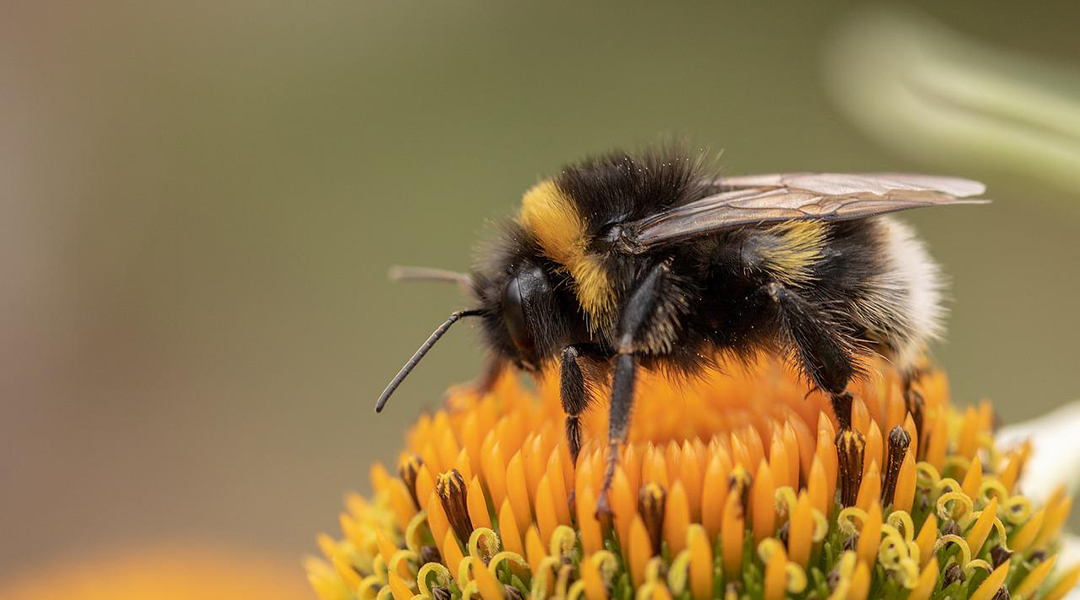 Social isolation is known to have devastating effects on mammalian lifespans, their social behavior and even their immune systems. Absence of social cues during early development can have a huge impact on physical fitness and social competency even for social insects. Adding to the picture, a new study in bumblebees has found that isolation significantly shapes both social behavior and brain development.

Social insects like ants, bees, and wasps live in large colonies, sometimes numbering in the millions. Bumblebees form complex colonies with about 200 worker bees — between whom cooperation is predominant—and a single queen. Through social interactions with colony mates, their behavioral patterns are usually entrenched during the first couple of weeks of adulthood.

Sarah Kocher’s lab at Princeton University works to understand how genetics and the environment influence variation in social behavior. To study the impact of varying degrees of social experience, Kocher’s team placed bumblebees, who were newly emerged from their cocoons, in three different social contexts. They constructed individual housing units for some bees to isolate them from all social cues — be they visual, auditory, or olfactory. Others were housed in small groups of four, while the rest were returned to their birth colony after being marked. After nine days, the researchers analyzed the behaviors of bees alone or in the presence of another bee from the same developmental background.

“This is a well-designed study that goes beyond previous studies in social insects by integrating behavioral, neurobiological, and transcriptomic analyses to paint a comprehensive picture of the effects of isolation,” wrote Gene E. Robinson, entomologist and director of the Carl R. Woese Institute for Genomic Biology at the University of Illinois Urbana-Champaign who was not part of this study, in an email.

Bumblebees reared in small groups or the colony had similar social behaviors, while isolated bees had altered behavioral patterns. While some behaviors in isolated bees mirrored those seen in vertebrates, the researchers noticed one major difference—isolated bees seemed to be less aggressive. Previous studies in mice and primates have shown that isolation during early development can lead to aggressive behaviors later in life. “Instead of increased aggression, we actually see increased social contact,” said Kocher. “So, they spend more time investigating their social partners, but there’s actually a decrease in the specificity of these interactions.”

One form of social interaction for typical bumblebees is antennation, wherein bees touch their antennae to those of another bee. But isolated bees may touch their antennae to the abdomen or body of the other bee more frequently than typically social bees. One way to think about a comparable social interaction for humans is a handshake, suggested Kocher. Instead of reaching for a hand, one person may attempt to shake the other’s knee. “Bees who have never encountered a social partner before kind of get socially awkward,” added Kocher.

To identify the neurological signature of these divergent social behaviors, the researchers looked at gene expression in the brain. Bumblebees which lived in small groups had similar gene expression patterns to those which lived in social colonies. But in bees which experienced social isolation, six genes had altered expression levels, with two genes playing a role in modulating hormone response. Kocher is interested in pursuing how these genes may contribute to social behaviors and brain development.

Since the bees experienced isolation during a key period of brain development, the research team wanted to see if brain structures had been affected in any way. To do this, they imaged parts of the deep brain and compared them across the different social conditions. The average brain volume between bumblebees from all three conditions were similar. But between themselves, isolated bees showed the greatest variation in brain volumes.

“It was striking to learn that for the most part, spending time in a small social group, much smaller than the typical size of a mature colony, is sufficient to ameliorate the effects of social isolation,” wrote Robinson. “A little social juice seems to go a long way.”

In bumblebees, socialization in early adulthood seems to keep the brain from developing in an aberrant fashion. Isolation subverts normal brain development in bumblebees and may lead to altered social behaviors.