Using air conditioning systems for the production of synthetic fuels. 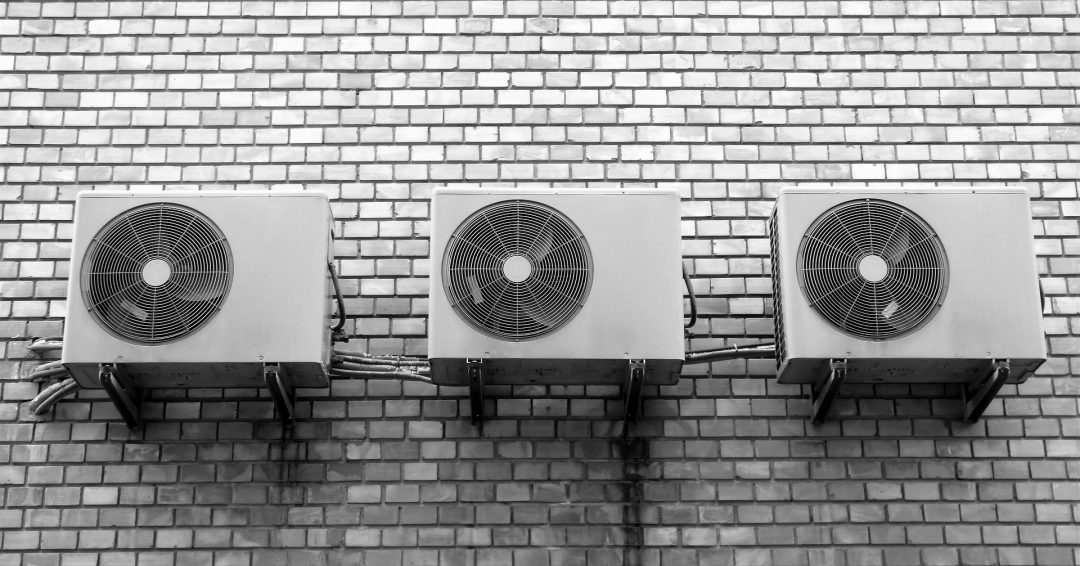 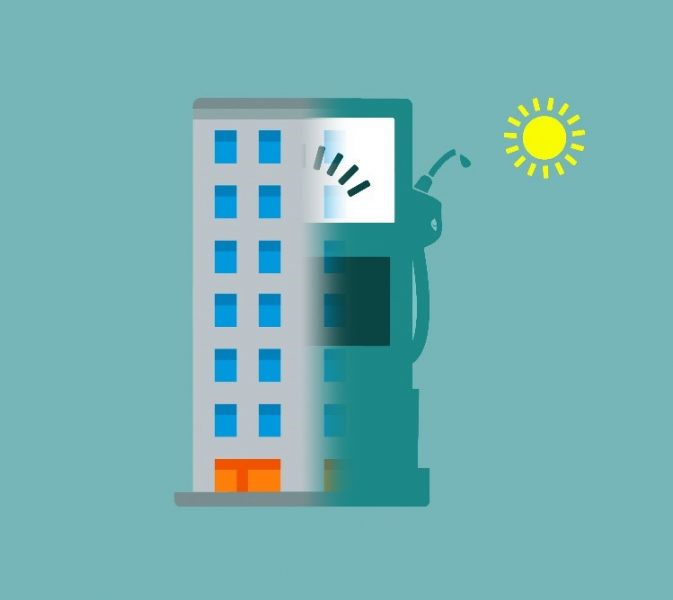 When one thinks of the dominant sources of CO2 emissions into the earth’s atmosphere that contribute to the greenhouse gas effect—power generation, cement, steel, aluminum, ammonia, chemical, petrochemical, agriculture—one would not imagine air conditioning (AC) having a major impact here.

There is a long history of humans keeping themselves cool. In the prehistoric era, snow and ice provided cooling. Ancient Egyptians employed evaporative cooling of moistened reeds hanging in open windows exposed to a draft of air. Mechanical forms of evaporative cooling are traceable to second century China. The practice of winter ice harvesting and storage for the summer emerged in the seventeenth century. Willis Carrier of Buffalo New York invented the first modern electrical air conditioning unit in 1902. Considered one of the most useful invention of the 20th century, AC systems today pervade the modern lifestyle; they save lives, improve working conditions, make uninhabitable places habitable, and enable food preservation, computing operations, and many industrial processes.

The popularity of AC is growing rapidly. This has been largely due to the growing global population enjoying income growth and increasing urbanization; however, as climate change forces global temperatures to continue to rise, we can only expect AC use to increase further. By 2050, AC units have a projected increase from 1.2B to 4.5B, adding 167 Giga Tonnes of CO2 emissions, and swallowing 25–50% of remaining CO2 budget. In addition, the increasing demand for AC requires a mounting share of the total electricity budget and while cooling buildings the extracted heat generated in the compression–expansion refrigeration sequence, raises the temperature of the surrounding environment, a vicious cycle with adverse consequences on global warming.

By 2100, it has been estimated that AC will be responsible for 0.5 °C global warming, which will negatively impact the goals of the Paris Agreement.1

Viewed in this light one would conclude air conditioning is not cool!

This Dr. Jekyll and Mr. Hyde personality of AC was in part the inspiration behind the vision that future AC systems could function not only as cooling systems but also become part of advanced systems for generation of synthetic fuels.2

The foundation of this vision rests on the observation that huge amounts of air move through heating, ventilation, and air conditioning (HVAC) systems. Even though the concentration of CO2 in this air is low, the total amount of CO2 processed in these systems is very substantial. In fact, buildings are responsible for a large portion of global CO2 emissions, in the EU and USA around 40%. This is in part due to AC, which accounts for 10% of global power consumption.

Therefore, why not make use of this feature to enable direct air capture of CO2 in HVAC systems. The second challenge in direct air capture of CO2, in addition to the need for contacting a large amount of air, is the heat demand for making available the captured CO2. By on site conversion of the obtained CO2 into chemical fuels, which as of today requires a large amount of electrical energy for producing hydrogen or synthesis gas via electrolysis, this heat can be provided as waste heat from the fuel synthesis step leading to high overall energy efficiency. It is important to note that the electrical energy used in this approach must be CO2-free.

To amplify on this innovative proposition, the idea is to convert CO2 captured in the HVAC system on-site into liquid hydrocarbons with high carbon efficiency of 90–100%, in a 3-stage process, which consists of the following steps. 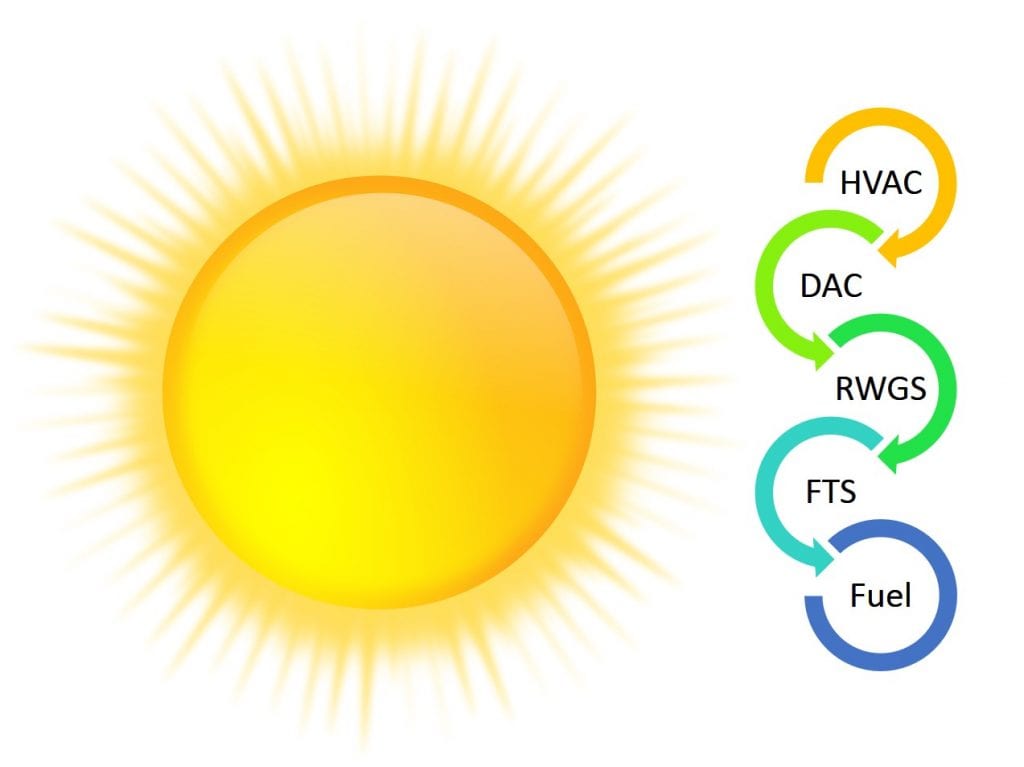 (2) Low-temperature Fischer–Tropsch Synthesis to make hydrocarbons from the synthesis gas.

(3) Hydrocracking and isomerization of the raw Fischer–Tropsch product to maximise the yield and the fuel quality of liquid products.

The high carbon efficiency becomes possible by recycling of the unreacted synthesis gas and the gaseous products of the Fischer–Tropsch stage back into the co-electrolysis unit. This process is currently under investigation in a containerized plant operating at a scale of 10 liters of liquid products per day, with plans to scale this prototype unit to 200 liters per day. Moreover, planned for mid 2021 is experimental proof-of-concept for integration of a similar plant with a HVAC system.

In an even more futuristic version of the HVAC technology, the conversion of CO2 and H2O to hydrocarbon fuels enabled by light would serve to avoid the need for electrical power.

Viewed in this light one would conclude air conditioning is cool!

The vision of “Crowd Oil, Not Crude Oil” is that by integrating commercially available technology for making synthetic fuel into HVAC systems, the owners of those HVAC systems can participate in a synthetic fuel, distribution grid system, analogous to that for renewable solar electricity. In the case of solar electricity, people producers enjoy feed-in tariffs that guarantee grid access, offer long-term contracts, offer cost-based purchase prices and encourage investments to increase the availability of solar electricity. The vision for HVAC is a similar kind of feed-in tariff scheme based on the cost of CO2 based fuel generation, designed to accelerate investment in CO2 capture and utilization technologies.

While the initial technical analysis explored the CO2 reduction potential, carbon efficiency and overall energy efficiency, and showed significant quantities of synthetic fuels can be produced by capturing CO2 from air conditioning systems, long-term reliability and stability of all components of fully integrated systems need to be further investigated. As well, spatial and economic metrics remain to be defined, through full techno-economic and life cycle analyses of the complete system. Mass manufacturing of modular units will ultimately improve the economics and space requirements could well become feasible.

Imagine a scenario where fuel generating air conditioning systems were applied at a global scale, it could enable the production, distribution and sale of synthetic fuels through an equitable social scheme similar to the generation of renewable electricity from household solar panels, with the benefit of not requiring additional land!

Perhaps the use of air conditioning for making synthetic fuels, if adopted globally could be AC 2.0 of the 21st century.