Inspired by nature, researchers create a new kind of photoelectric generator based on a bacterial ion pump. 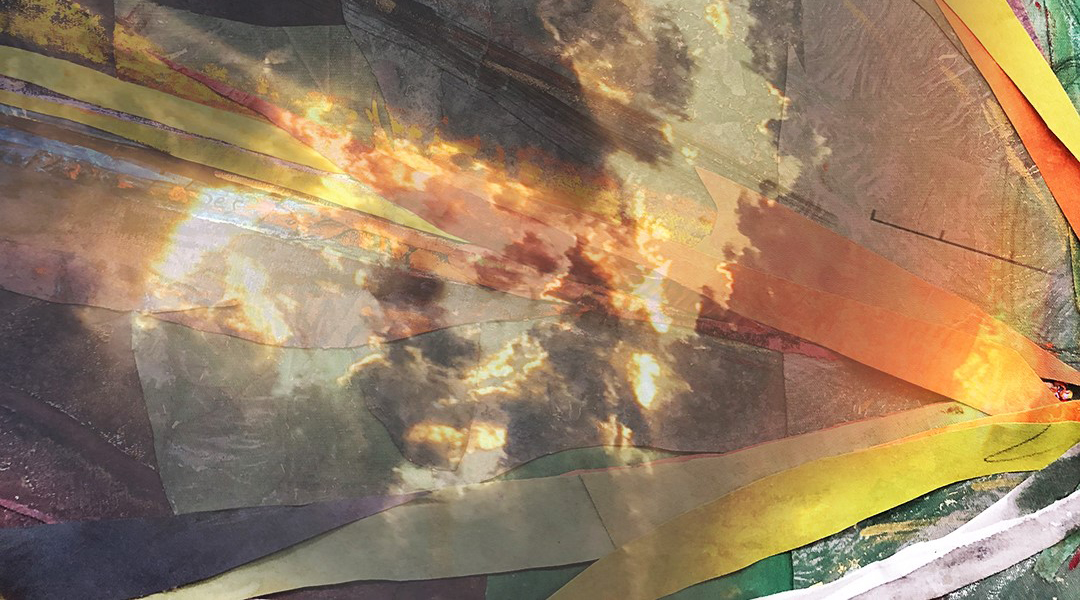 The red bacteria Halobacterium Halobium is a microorganism that absorbs sunlight to drive protons across a cell membrane, down a concentration gradient, to generate an osmotic potential and charge imbalance that enables the synthesis of adenosine triphosphate.

Inspired by this biological ion-pump, a laboratory mimic has recently been developed in which light can similarly pump ions through a carbon nitride nanotube membrane (CNNM), up a concentration gradient, to create a novel kind of photoelectric energy generator, exhibiting an open circuit voltage of 550 mV at a current density of 2.4 mA cm-2.

To amplify, a prototype solar powered ion pump was assembled from an aluminum oxide membrane whose nanoscale channels are coated with a layer of carbon nitride; as illustrated in the figure. Vapor phase deposition polymerization of melamine to carbon nitride on the walls of the nanoscale channels serves to create the desired carbon nitride nanotube membrane. The ion gradient is created across the membrane by two KCl solutions differing in concentration by a factor of 1000 (0.01M and 0.0001M). It is important to note that as a result of the incomplete polymerization of the melamine, dangling terminal amines deprotonate in aqueous KCl endowing the carbon nitride with a negative charge.

Under these conditions, when the membrane is irradiated with light on the low ion concentration side, the generation and separation of electrons and holes in the semiconducting carbon nitride produces a transmembrane potential, which is responsible for selective ion pumping up the osmotic gradient concomitantly with electrons in the external circuit to create a measurable photo voltage and photo current.

The working principle of the ion-pump photoelectric energy generator is based on the light-induced production and separation of electrons and holes, due to bending of the bands at the liquid-semiconductor junction, as shown in the Figure.

The n-type semiconductor nature of the carbon nitride causes the photo-induced holes to accumulate in the space charge layer at the semiconductor-liquid junction thereby endowing a more positive surface to the nanotubes, Figures.

The observed light-induced ion-current generated against a concentration gradient of 100, is estimated to correspond to around 1500 ions/s, which is considered an unprecedented performance for an abiological ion pump.

The response to light is very fast and the device cycles reproducibly, generating an open circuit voltage of -90 mV in the dark, which rises to 320 mV in the light. The ion-pump operates at wavelengths shorter than the absorption edge of carbon nitride around 500 nm, which induces the photo-generation of conduction and valence band electron-hole pairs. By boosting the light intensity from 100 mW cm-2 to 380 mW cm-2, ion-pump power is able to handle a 100 to 5000 increase in the ion concentration gradient. This is the first time a light-driven abiological ion-pump has matched the performance of a biological one.

The effect of turning on the light changes the homogeneous charge distribution and negative surface potential of the nanotubes in their resting state (in the dark) to a charge gradient — most positive close to the light, gradually becoming less positive, passing through zero and becoming increasingly negative moving away from the light, as illustrated in the figure.

This inverse polarity gradient of charge in the carbon nitride nanotubes, causes a concurrent reversal in the direction of potassium cations from along to against the ion concentration gradient, illustrated in figure. In this mode, the device functions as an ion-transport photovoltaic with an open circuit voltage and current density around 0.5V and 2.4 mA cm-2, respectively. By reducing the length and the diameter of the carbon nitride nanotubes, the performance metrics of this novel photoelectric generator are anticipated to increase.

Based on this impressive advance, a new generation of photovoltaics is founded based on ion-pumping, a device that is envisioned to be scalable using series and parallel multiple membrane circuits. With further improvements in the overall photon-to-electron efficiency, wide ranging opportunities will be possible for converting solar to electrical energy using low-cost and stable polymeric ion-pumping carbon nitride materials.