In the second part of our interview, Orlando Auciello talks about the challenges inherent in transitioning from academia to business. 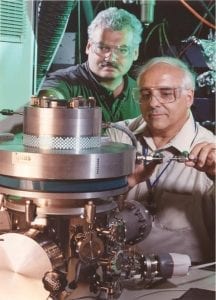 We continue our interview with Orlando Auciello, Professor at the University of Texas at Dallas and current President of the Materials Research Society, about startups in materials science, and how to figure out if, when transitioning from science to creating a startup, your friends might not really be your friends after all.

Where did you turn for funding? If you used venture capital, was it difficult to get funded outside the “traditional” geographical locations of venture capital firms?

For ADT we wrote SBIR (small business innovative research) and other proposals to Agencies like NSF and DARPA to get funding for R&D for critical products. We also got funding from Angel investors, because they invest less money than VCs and thus we have to give them less equity share in the company. We were able to raise several million dollars in contracts and grants and in Angel investment. We actually have many investors who have invested money with a broad range of funds.

For OBI, we are exploring a different approach. SBIRs from NIH can provide substantially more funding than those from other agencies, and DOE (Editor’s note: Department of Energy) has established now a similar SBIR fast track program as NIH, which provides up to about $3 million for 33 months. Therefore, if we can get two or three SBIRs at that level of funding we may be able to start OBI without getting funds from Angels or VCs, thus keeping 100% of the Company’s equity for the founders.

Before starting this venture, did you want to become an entrepreneur?

I personally did not think about starting-up a company until we saw the outstanding range of functionalities of the UNCD coating technology and we started interacting with the big company that came to talk to us about using UNCD as a coating for their mechanical pump seals. Also, I started thinking about the potential of the UNCD technology when we got two big grants from DARPA to develop RF MEMS switches which can be inserted into phase array antennas for Radar and mobile communication devices.

How influential was the environment you were in? Were there any key facilities/procedures/initiatives at Argonne National Laboratory that substantially simplified the process of creating a company? Since Argonne is a Government Lab, did you have to break new ground in order to maintain your involvement/equity in the company you created?

There were four critical actions taken by Argonne National Laboratory, which were fundamental to get ADT started, namely:

i) Argonne paid the consultant to work with us, the scientists co-founders, to learn the technology and guide us through understanding the process of getting Angel funding and also introducing us to some of the best Angel investors in the Midwest at that time.

ii) Argonne provided logistical, management, and monetary support for us to visit DOE Headquarters in Washington, DC to argue and convince the DOE management that the founding scientists need to have equity in the company. In the end, we got the DOE approval and ADT was the first company spun-off from a National Laboratory in which the Scientist founders and the Laboratory have equity.

iii) Argonne provided facilities and labs to incubate ADT for about 1½ years, which helped greatly until we got funding to get ADT to its own industrial place were it is located now, in Romeoville about 10 miles from Argonne.

iv) Finally, Argonne helped greatly in the creation of ADT by licensing the UNCD patents with exclusivity to ADT and signing an agreement whereby ADT has first option on other UNCD patents submitted by Argonne on the UNCD technology. 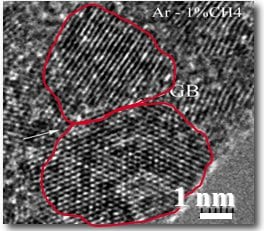 What is the main change in mindset that this venture brought to you? What is the most important thing you could not have possibly understood had you not started your own company?

The main change in my mindset is that I came to the realization that we can do the fundamental and applied science and write papers and get  recognition from peers, but bringing the science from the lab to the market provides the opportunity to impact the way and quality of life of people. Along the way you also can get monetary retribution, but not as the main objective, more as a byproduct which can help finance further R&D to bring further products into the market to make more impact on society. Obviously, it is also good if you can get the personal monetary reward for your efforts, particularly if you can do some good with the money.

What advice would you give to someone with a good idea who wants to commercialize it? Or, what would you have done differently?

First, believe in yourself, and in your capacity to understand the critical scientific and technological issues associated with bringing the science form the lab to the market.

Third (this is what I would have done differently in bringing ADT up and I am doing now in bringing OBI up), when you start the company, even if you have been working with your colleague co-founders for a long time, GET LEGAL PAPERS SIGNED, indicating what will be the profit share of each founder and that no changes can be done in the profit sharing without due knowledge and legal approval by all founders, even if you are not involved in day-to-day activities in the company because you choose to keep working in your original place, and remain an equity holder and consultant to the company.

Founding scientists like my colleague Argonne scientist and I, tend to be more trusting on human behavior in business dealings, acting for the good of the company but also with the objective of making an impact in society as opposed to thinking purely on profit. Thus, if the founding scientists do not learn to protect themselves properly, from the legal point of view, they can be taken advantage of by people more used to the world of business where actions often are prompted by the main objective of profit taking, without due consideration of ethical behavior. If that situation arises, then a correction is necessary in the business management side of the company, and that can be assisted by a thoughtful Advisory and Executive Board formed by investors interested in the advancement of the company, as it happened with ADT which brought in a new outstanding CEO and new blood to direct the company, keeping the important involvement of the two founding scientists, one as CTO (my colleague co-founder scientist), doing a great job, and the other (myself) as equity holder, consultant, and now investor, working in writing new proposals to get more funding for new R&D, which should be the major activity for a start-up, to provide the means for developing new products for the advancement  of the company.

If you are starting a company with colleagues who claim to be friends, they should have no problem in signing binding legal documents that give to each one due retribution for their contributions to the technologies and the products.

How has this changed your interaction with other scientists? (i.e. giving things away for free, thinking that “we are all friends”)

Unfortunately, we are living in a very competitive world, where the negative aspects of human nature sometimes supersede the positive aspects. So, you may think that you are talking to a friend, but that friend may act in a manner controlled by the negative aspects of human nature. Therefore, be always on guard and get legal documents signed for any action taken in relation to the company. IF YOUR FRIEND DOES NOT WANT TO SIGN LEGAL DOCUMENTS, HE (or she) IS NOT YOUR FRIEND! 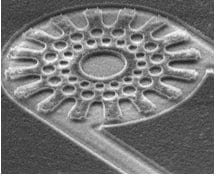 The answer to this question is: it depends on the particular University. There are universities, like UTD (University of Texas at Dallas), where the people in the top positions (President, Dean of School, VP for Research) have a great vision for helping faculty, graduate students and postdocs to bring the science from the lab to the market, and therefore they will provide the infrastructure and the environment for the scientists to succeed in becoming entrepreneurs. I am having a great experience in UTD in getting help to start my second company. In fact, I already talked to the Director of Technology Transfer and Commercialization and got all the information about renting office and lab space (at very reasonable rates) in the new industrial park building recently inaugurated to help faculty to pursue entrepreneurial activities.

In times of funding crunch, do you think this experience gives you an edge?

Yes, in times of funding crunch having a start-up may help in getting funding via SBIR and STTR programs, which appear to have greater rates of success than normal grants.

Why did you decide to remain an academic scientist, as opposed to dedicate yourself full-time to the company?

For now, I want to help form young entrepreneurs because I think that this activity is critical for the advancement of the economy and the society in the United States. In fact, I am planning to start a course bringing together faculty from the school of business and engineering to teach graduate students and postdocs how to bring the science form the lab to the market. I think that this is critical for the future of the USA, because large companies are not doing as much R&D as they used to do in the 20th Century to develop a new generation of high tech products and bring them to the market. Once I do this and OBI is off the ground, we will see what the future brings.

Entrepreneurship opportunities: how much of a factor have those been in your decision to move from Argonne to the University of Texas at Dallas?

The opportunities available in UTD to undertake entrepreneurship activities have been key in my decision to leave Argonne and come to UTD. In addition, now that I am in Texas and I had the opportunity of talking to people from different areas of high tech business, it seems to me that the economic environment and opportunities for bringing a start-up to a successful pathway are much higher in Texas than in the Midwest. In particular, Texas has top Institutions and hospitals in the area of biomedical devices and medicine. In addition, Texas has Texas Instrument and the Semiconductor Research Corporation, which fund large R&D projects for the development of the next generation of high tech products in several fields relevant to the focus or my new company OBI.

How do you juggle your time between your academic career and your company?

I have developed a detailed schedule, which includes working on Saturdays and if needed some Sundays to do the work related to the company. Also, I work at night at home until about midnight writing proposals and business related documents. In addition, it is important to have the appropriate staff, which can undertake the day-to-day work in the company lab, with some direction but providing space for substantial personal initiative. I am lucky that Pablo Gurman, the co-founder of OBI, the new company I am setting-up to develop and commercialize a new generation of implantable biomedical devices, is an MD, who is now becoming an expert on the UNCD technology and has a deep knowledge of the protocols of regulatory agencies, such as FDA (USA), ANMAT (Argentina), European, Latin American, and Asian Agencies, which is critical to bring new biomedical products to market.

Read the first part of this interview to know more about the many applications which can benefit from nanocrystalline diamond.