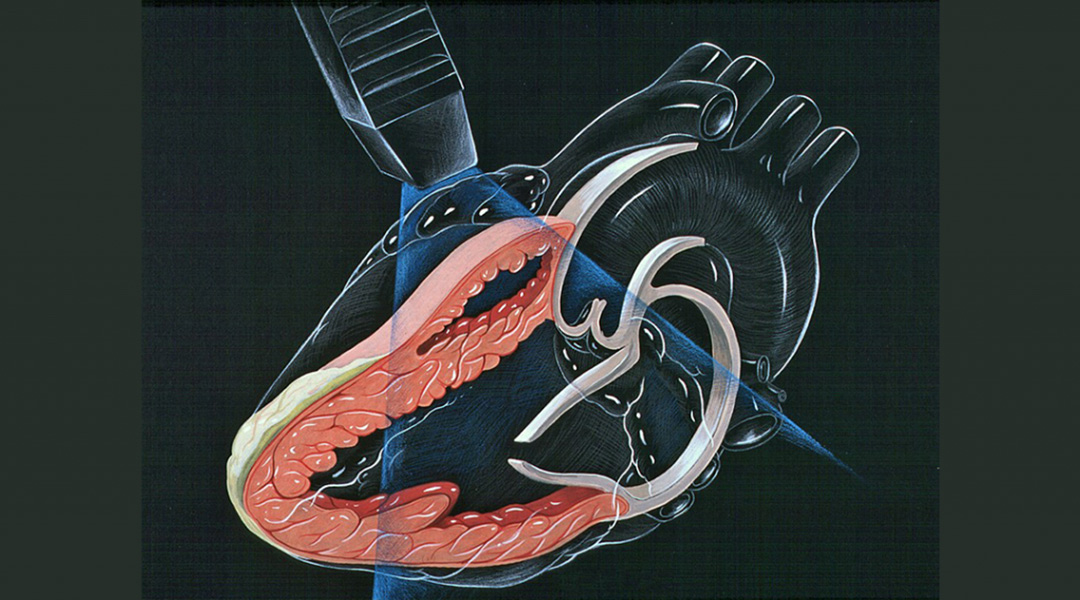 With animal models, researchers in the field have learned a great deal about stage-specific changes in tissue composition in developing hearts. Owing to the lack of faithful models, the development of the human heart is less well characterized.

“While animal studies provide helpful guides to understanding the human heart, animal hearts are not the same. The timespan, size, and chamber design, among others, all differ in important ways,” explains Dr Holly Bauser-Heaton of Emory University.

Even the most advanced imaging technologies are limited in their capabilities to provide a clear picture of the interplay, in a living human heart, between cells and the mechanical forces in the surrounding architecture. The embryonic and early fetal developmental stages are particularly challenging.

To investigate how cues from the microenvironment within the human heart influence development, the team led by Dr Bauser-Heaton and Dr Vahid Serpooshan recreate the architecture of the interior of the heart and embed endothelial cells into the surface so that they grow to form the lining of the heart cavity as they do in the human body.

Three-dimensional reconstruction of early developmental stages of the human heart was described in a recent publication in Advanced Healthcare Materials.

A hydrogel – which supports cell growth and function – is used as bioink to print the internal structure of the hearts in which human endothelial cells are grown. This set-up exposes the embedded cells to conditions similar to what they would experience in a developing human heart.

“We used a functional soft polymer – a hydrogel – and regulated its physical properties to resemble those in the actual heart tissue,” says Serpooshan.

“We used histological images of serial cross-sections of an embryonic human heart to 3D reconstruct a digital CAD model. We added flow inlets and outlets to allow fluids to pass through. Once the models were bioprinted, they were cleared of excess bioink to open up the anatomical internal cavities,” Serpooshan says.

The synthetic hearts could be perfused with flow rates that mimic the blood flow in specific heart growth or disease stages. Using this model, the researchers determined that both the fluid dynamics and physical structure of the heart affected the growth of endothelial cells lining the 3D printed hearts.

Bauser-Heaton says that human cells from healthy individuals or patients with heart disease could be cultured under blood-like flow in these 3D models of developing human hearts while microenvironmental factors are simultaneously manipulated.

“This unique combinatorial approach enables precise modelling of mechanical forces, that cannot be measured in vivo, but are likely to govern heart development and congenital heart disease”.

Algae-Laden Hydrogels Could Bring Buildings to Life
Think with your heart: A new era of biocomputing
Spider-inspired joints make a leap in robotics
Madhu Bhaskaran: "As an engineer, you will always have to find a solution to problems in the world"