NASA and ophthalmologists using the the same technology to detect imperfections. 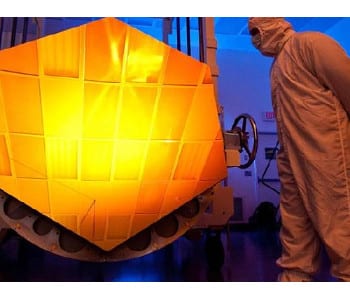 What do deep space telescopes and human eyes have in common? Both involve complex optical systems and one imperfection can mean flawed vision. Therefore, space agency NASA has used a technology developed by the American pharmaceuticals and health care products company Abbott Laboratories.

In 1990, the Hubble Space Telescope launched with an error in its main mirror, blurring the images it sent back during its first years in orbit. In 2018, NASA will launch the James Webb Space Telescope (JWST), the successor to the Hubble. This new, larger telescope will transmit high resolution images of deep space back to earth, and is traveling much further out in space. 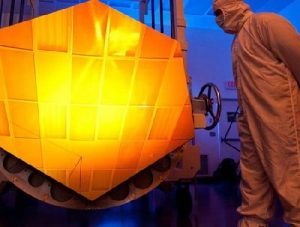 What NASA scientists learned from Hubble was that even the slightest imperfection on the mirror surface can make for a blurry image and reduced ability to see into the distance. To help the mirrors in the JWST be absolutely perfect, NASA used a sensor technology developed by Abbott scientists to measure them, ensuring they are engineered precisely without any flaws.

This technology that’s ensuring clear vision for the JWST is the same technology that’s now being used to help people see better. Abbott has just launched the iDesign Advanced WaveScan Studio System in the United States, a measurement and treatment tool that uses the same sensor to create precise, personalized LASIK treatment.

The system acts as the “brain” of the LASIK procedure, as the company told, generating a high-definition scan that measures and maps irregularities of the eye that may impact vision. With this scan, doctors can see details of the eye that they couldn’t see before.

Today, sight on both an intergalactic and an interpersonal scale can be ensured by the same sensor – both of great importance, both in focus.