Research on artificial biofilms to enable the integration of electrogenic microorganisms in biofuel cell technology is presented. 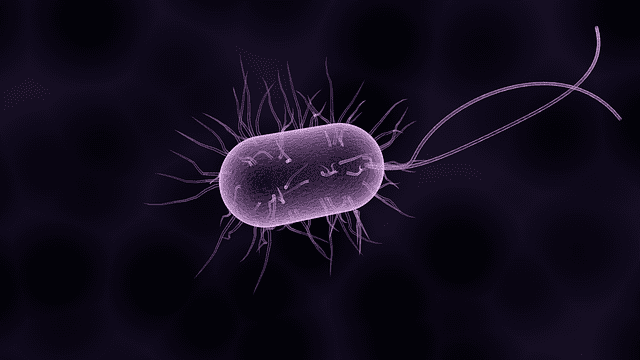 Microbes form so-called biofilms on virtually any surface by first accumulating and then producing a tough mucus layer, which protects them against environmental stress. Biofilms require some time to built up and mature. Afterwards, they are highly dynamic structures which constantly regenerate and change. Natural biofilms find use in a variety of industrial applications, mostly in environmental technology. For these applications, the microbial consortia found in natural biofilms are perfect. Whenever a specific metabolic function is required; however, biofilms containing only one type of organism would be better. Single-species-biofilms are rarely found in nature. In addition they are mechanically, chemically and also biologically significantly less stable. An example to point is the bioelectrogenic bacterium Shewanella oneidensis, which is often discussed as an ideal biocomponent in microbial fuel cell technology and which never forms stable single-species-biofilms.

Life Dead stain of biocomposite fibers after 7 days in culture.

A research team from the University of Bayreuth has shown that artificial biofilms might provide a solution. These are biocomposites, where the natural mucus is replaced by a synthetic hydrogel matrix. This allows high control over the composition and the material properties of the biocomposites without losing the advantages of the natural biofilm. For the preparation of the artificial biofilms, the organisms are first suspended in the desired synthetic hydrogel, here PVA. Then fibers and non-woven gauzes are produced via wet- and electrospinning. In particular, the gauzes can easily be produced at a size of several square meters, which makes this approach very attractive for technical applications. Finally, the biocomposite is protected against water by a PPX-coating.

Various bacteria have already been put into such artificial biofilms. All survived and continued to be metabolically active. An S. oneidenisis-biofilm electrospun on the cathode of a microbial fuel cell, produced significantly more electricity than the corresponding natural biofilm. In addition, the artificial biofilm was ready to use directly after it was applied and did not require sterile operation. The latter is a particular advantage for any use of the biofuel cells in real life, such as wastewater treatment. Artificial biofilm can therefore resolve issues of design, scale up, and even monosepsis in biofuel cell technology.