Environmentally friendly coatings for use as a primer between aluminium alloys and acrylic paints? 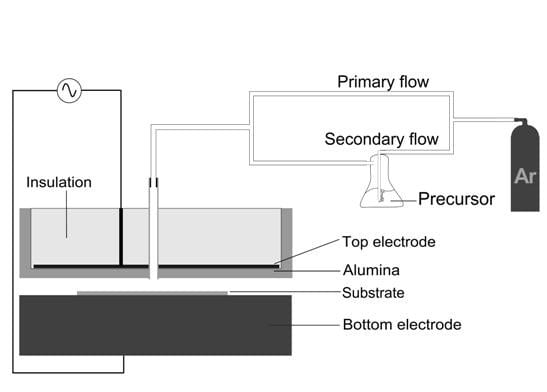 Environmentally friendly coatings for use as a primer between aluminium alloys and acrylic paints?

Acrylic paints are used for aesthetic reasons but also to protect the covered metal from corrosion. A good adhesion between the metal and the paint and the formation of an impenetrable intermediate coating improve the protection of the metal from the environment.

The experimental setup used for the plasma deposition.

In new work attempting to improve the environment credentials of such coatings, atmospheric plasma deposition was chosen to avoid the use of solvents and to reduce the number of processing steps compared to conventional deposition techniques. Allyl methacrylate was chosen as precursor. It is an organic molecule that contains two types of carbon-carbon double bonds: allyl and vinyl. These two types of double bonds have different reactivities which make their full polymerisation more difficult using classical techniques due to steric effects.

The scientists involved in the work, a Belgian research group, found that in plasma polymerised coatings vinyl bonds fully react and allyl bonds react at least to a certain degree, resulting in across-linked network. The influence of the monomer feed; i.e. the amount of precursor provided to the plasma per unit of time in constant discharge power was investigated. The decrease of monomer feed results in lower deposition rates. A correlation between the monomer feed and the amount of allyl bonds that react was also found.

In order to evaluate the performance of the plasma coatings, acrylic paint was applied to them and pull-off tests were performed to estimate their adhesion. The resulting adhesion strength was found to be higher compared to the one without the plasma coating, indicating that the deposited coatings are good adhesion promoters.

CALF-20: A carbon capture success story
Creating millions of liters of aviation fuel from captured CO2
Creating better models for offshore wind turbines
What is the carbon footprint of carbon capture and utilization?