"Immature and misleading": How best to diagnose breast cancer? 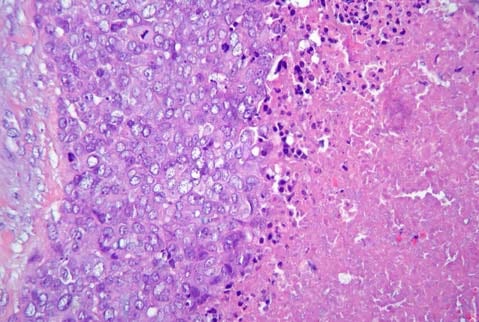 Not all breast cancers are the same. Different types can mean different prognoses for the patient, and a different kind of treatment may be necessary. But how to classify tumors? Are molecular classification methods reliable? Mohammad Ali Lavasani and Farid Moinfar from the Unit of Breast and Gynecologic Pathology at the Medical University of Graz, Austria give a critical review of the literature with focus on “basal-like” carcinoma.

The conventional clinicopathological parameters such as histologic grade, nuclear grade, tumor size, involvement of axillary lymph nodes, etc., all have been successfully correlated to prognosis of patients with breast carcinoma. Yet, the current prognostic and/or predictive factors have significant limitations in distinguishing breast cancer patients who could benefit from (neo)adjuvant chemotherapy from those who do not need any additional treatment. Indeed, it has been suggested that almost 70% of patients with breast cancer receiving chemotherapy or antihormonal therapy would have survived without such treatments, as Lavasani and Moinfar state in their review.

With the introduction of complementary DNA (cDNA) and oligonucleotide microarrays in the 1990s, the increasing application of these high-throughput biotechnologies, and significant improvement in bioinformatic analyses a new era began: Genome-wide approaches were used to prognostify and predict outcome in patients with breast cancer. During the last 11 years, 5 molecular subtypes of breast carcinoma (luminal A, luminal B, Her2-positive, basal-like, and normal breast-like) have been characterized and intensively studied. As genomic research evolves, further subtypes of breast cancers into new “molecular entities” are expected to occur. For example, a new and rare breast cancer subtype, known as claudin-low, has been recently found.

“There is no doubt that global gene expression analyses using high-throughput biotechnologies have drastically improved our understanding of breast cancer as a heterogeneous disease”, say Lavasani and Moinfar. “The main question is, however, whether new molecular techniques such as gene expression profiling (or signature) should be regarded as the gold standard for identifying breast cancer subtypes.” When reviewing the literature, the two scientists discovered major problems with current molecular techniques and classification including poor definitions, lack of reproducibility, and lack of quality control. They conclude: “The current molecular approaches cannot be incorporated into routine clinical practice and treatment decision making as they are immature or even can be misleading.”

The “basal-like” breast cancer subtype represents one of the most popular breast cancer “entities”. However, the authors revealed some major problems and misconceptions with and about this subtype and denote the term “basal-like” as misleading. They come to the conclusion that there is no evidence that expression of basal-type cytokeratins in a given breast cancer, regardless of other established prognostic factors, does have any impact on clinical outcome. Lavasani and Moinfar are convinced that these so-called basal-like carcinomas do not reflect a single, biologically uniform group of breast cancers. Indeed, they show significant variations in their phenotypes, grades, immunoprofiles, and clinical outcomes.