How would a corneal collagen crosslinking agent work?

Scientists at Columbia University show how a corneal collagen crosslinking agent works, a possible cure for keratoconus and other sight problems. 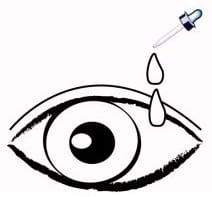 The cornea, the transparent front part of the eye,  over time undergoes degeneration for a number of reasons. Collagen constitutes part of the cornea, and defects in the collagen are thought to cause a deterioration of the mechanical properties of the cornea that eventually cause its degeneration and vision problems. A possible treatment against these ailments is given by collagen crosslinking agents to be administered directly to patients. Crosslinking of the proteins in the cornea can be done by chemical of photochemical methods. 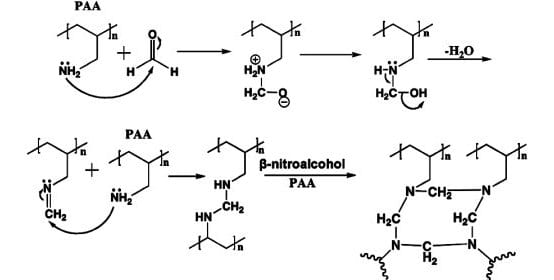 Turro and co-workers at Columbia University have previously shown that beta-nitroalcohols are promising crosslinking agents for the cornea, but until now the mechanism by which they acted had not been discovered. In a new paper published in the Journal of Applied Polymer Science, they now explore the way the beta-nitroalcohols act. Bases trigger the release of formaldehyde, which then acts as the crosslinking agent.  The authors use poly(allyl amine) (PAA) as a model for the collagenous tissue, and they show that the amino groups in PAA attack the formaldehyde: this forms a Schiff base which can then react with more PAA and formaldehyde to crosslink the model corneal tissue.

The catalytic activity of sodium bicarbonate, as a base, and of DNA from salmon testes, are also explored. Hydroxynitrile lyase is instead shown to decelerate the reaction.