How seals’ whiskers help them hunt

Scientists reveal the highly sensitive nature of seal whiskers, which enable them to hunt effectively even in poor visual conditions. 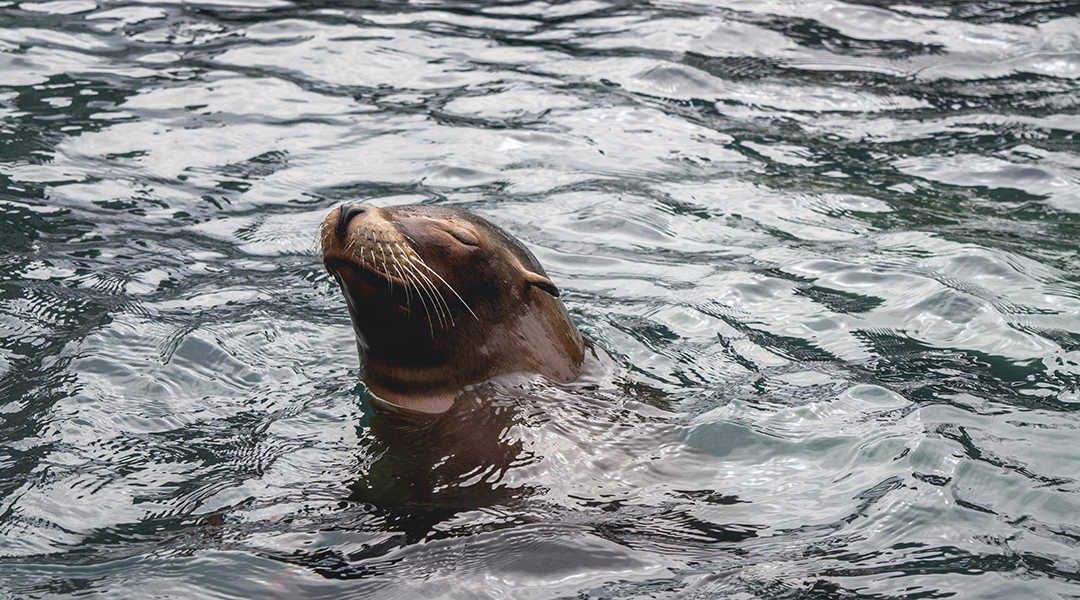 Aquatic mammals that hunt in deep waters do not have the luxury of using vision to spot their prey. For instance, toothed whales are known to rely on echolocation.

A recent study has now revealed that elephant seals use their whiskers to detect prey while fishing in dark ocean waters. These findings add to the list of adaptations used by marine mammals in their hunt for food.

Earlier research has shown that marine mammals use their whiskers to navigate and even seek out their meals. “Previous studies have used captive animals, usually in quite controlled tasks, and from these tasks we inferred that seals probably use their whiskers for foraging,” said Robyn Grant, a researcher at Manchester Metropolitan University, in the United Kingdom who was not involved in the study. “But this is the first study to show the importance of whiskers during wild foraging in these animals, and the first to show rhythmic whisker movements in pinnipeds.”

Taiki Adachi, a researcher at the University of California, Santa Cruz, and colleagues set out to characterize the utility of seal whiskers during foraging in wild seals, a type of pinniped — animals with front and rear flippers. To do this, they affixed miniature cameras to the cheeks of elephant seals and recorded their whisker movements.

Previous studies found that seals elongated their whiskers when hunting or responding to hydrodynamic cues, in captivity. So, the researchers looked for similar motions when wild seals sought food. Did the seals retract their whiskers or expand them?

In the wild, seals seem to toggle between the two whisker states depending on how deep they traveled or if they found prey. At superficial depths, whiskers were kept withdrawn. When going deeper in the search for a meal, seals would extend their whiskers — always before the appearance of prey and lingering subsequently. “Seals actually extend whiskers forward in front of the mouth in the deep ocean,” said Adachi. Even when the prey were bioluminescent, seal whiskers movements seemed to dominate foraging behavior.

“The study convincingly shows that whiskers are moved during and just before prey capture,” said Grant. “It is not possible to truly state exactly what the seal might be feeling, but we would assume that it would be hydrodynamic or tactile cues.” Since the footage captured was restricted to the immediate vicinity of the seal’s whiskers, prey movements at a distance or other hydrodynamic signals could not be measured. This makes it difficult to know which cues the seal may be reacting towards.

Adachi acknowledges that noting the motion of water concurrently — though difficult to assess in the wild — is important.

Isolated bumblebees become socially awkward
How wildfires are pushing mountain lions toward riskier behavior
How bloodworms build their copper teeth
Smooth or with a snap? The mechanics of the Venus flytrap