How does the structure of ice change around impurities?

On the molecular scale, ice is less ordered than you might think, but it turns out that some of that missing order can be recovered 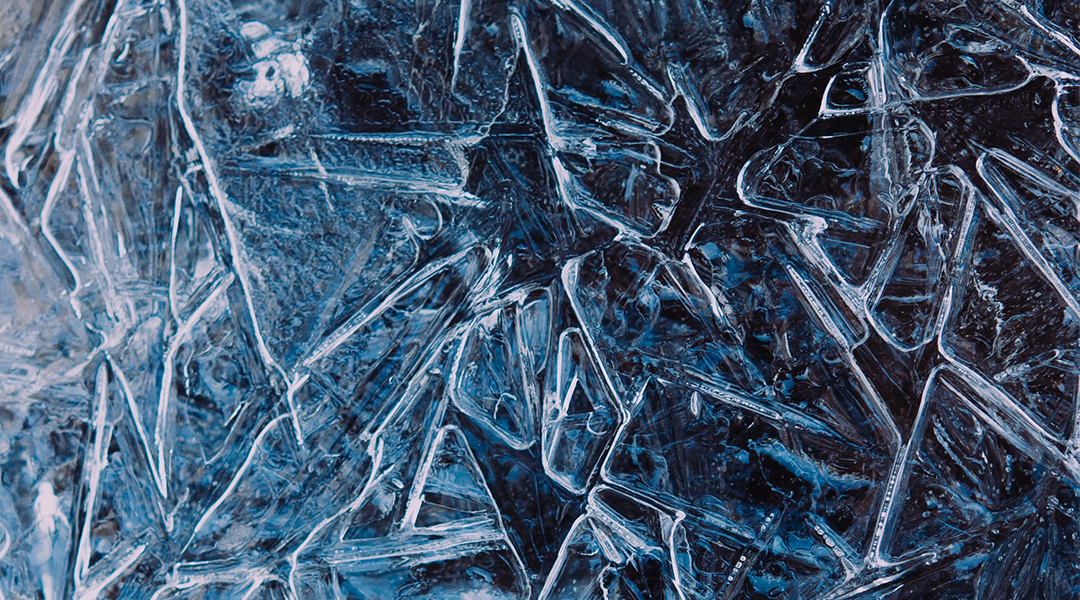 Photo by erin mckenna on Unsplash

A fascinating substance with unique properties, ice has intrigued humans since time immemorial. Unlike most other materials, ice structure at very low temperature is not as ordered as it could be. Recent work published in PNAS, has made new theoretical inroads into the reasons why this happens and into the ways in which some of the missing order can be recovered.

The team of scientists have described a relatively obscure and yet fundamental property of very low temperature ice structure, ferroelectricity. These findings are likely to extend to ice surfaces, a possibility that could be relevant to the agglomeration of ice particles in interstellar space.

“In an ideally ordered piece of ice the hydrogen atoms of each water molecule should point in the same direction, like soldiers in a platoon looking in front of them,” explains Alessandro Laio, physicist and co-author “If that was the case, ice would exhibit a macroscopic electric polarization ‒ it would be ferroelectric. Instead, water molecules in ice, even at very low temperature, behave like unruly soldiers, and all look in different directions.”

This anomalous behaviour, discovered experimentally in the 1930s, was immediately and famously explained by Linus Pauling: the lack of discipline is an effect of the ‘ice rule’ constraint ‒ every oxygen atom should at any moment possess two and only two protons to make it H2O. The difficult kinetics created by that constraint cause the ordering process to become infinitely slow, as in a moving platoon where each soldier had four neighbours and had to keep two hands on the shoulders of two of them.

“Were it not for impurities or defects, which turned out to play a revealing role, one would still today not know whether proton order and ferroelectricity of bulk crystalline ice is a real possibility or a figment of the imagination, since neither experiments nor simulations could overcome the ice rule-generated kinetic slowdown,” points out Erio Tosatti, project leader.

Impurities, such as one potassium hydroxide molecule replacing a H2O molecule, are in fact known to allow the ordering process to nucleate and ice to turn ordered and ferroelectric at very low temperature, although only partly and sluggishly. The ‘ice rule’ was suspected to be behind the sluggishness of this process, but exactly how that worked was not really known.

The team designed a theoretical model and a strategy to explain the behaviour of both pure and doped ice structure. “According to this model,” the scientists explain, “once an impurity is introduced inside an initial non-equilibrium low temperature disordered state, it acts as a seed for the ordered phase, but in a peculiar manner: not all the ‘soldiers’ around the impurity start looking in the correct direction, but only those in front or behind the impurity. Thus, at the end of the process only a string of soldiers inside the platoon will become ordered.” This highly atypical process can help to explain the sluggish and incomplete onset of ferroelectric order in real doped ice.

“Although the study is restricted for now to bulk ice,” Tosatti and Laio conclude, “the mechanism highlighted is likely to extend to ice surfaces, where strings of ordered protons could nucleate at low temperatures, explaining a long known small amount of local ferroelectric polarization, a phenomenon also mentioned as possibly relevant to the agglomeration of ice particles in interstellar space.”