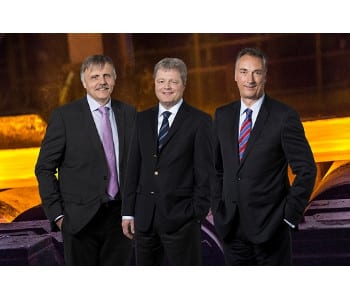 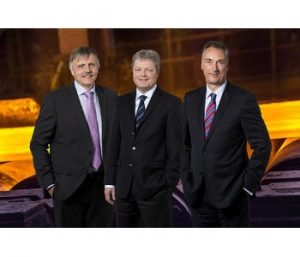 Last week, German Federal President Joachim Gauck presented the “German Future Award – Federal President’s Award for Technology and Innovation” in Berlin. Included among the winners was the joint project “Horizontal Thin Strip Casting of Steel – Designed to Manufacture New High-Performance Materials in a Resource- Efficient Way”. It is one of three projects that were nominated for the prize after a selection procedure. The project partners are Salzgitter Flachstahl GmbH, SMS Siemag AG, and the Technical University of Clausthal.

Out of their cooperation a new steel casting process that requires much less energy than conventional methods evolved. This process, the researchers believe, offers the prospect of producing a whole new generation of steel materials – so-called HSD grades – which can, in turn, reduce energy consumption. This happens when they are used in lightweight construction, for example in the automotive industry.

The group responsible for the project are Ulrich Grethe, CEO of Salzgitter Flachstahl GmbH, (Project Spokesman), Burkhard Dahmen, CEO of SMS Siemag AG and Spokesman of the Managing Board of SMS Holding GmbH, and Prof. Karl-Heinz Spitzer, Head of the Institute for Metallurgy at TU Clausthal.

Briefly the project spokesman, Ulrich Grethe, explained: “Our nomination for the future prize underlines the high potential of steel as the number-one industrial material in today’s key areas of mobility, communication, demography, and resource saving. Everywhere, steel plays a vital role, and that’s not going to change. We are delighted about the nomination because our new process is the result of many years of teamwork between scientists and practitioners. It also demonstrates how excellently this kind of cooperation works in the industrial powerhouse that is Germany.

During its full-scale implementation of the project “Horizontal Strip Casting of Steel”, the Salzgitter group invested at its Peine location in a pilot plant that is currently in the run-up phase.