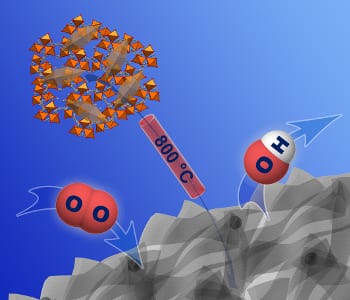 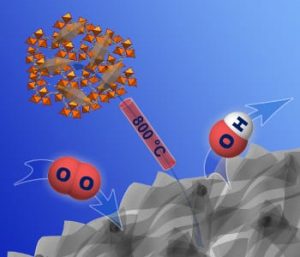 The coming depletion of fossil fuels is driving researchers to look for new ways to harness energy sources with higher efficiency. Fuel cells, which convert chemical energy directly into electricity, have a higher theoretical efficiency than heat engines without the limitation of the Carnot cycle. However, some factors still prevent their large-scale application. For example, the oxygen reduction reaction (ORR) on cathodes is sluggish leading to significant energy loss. Typically, costly Pt-based electrocatalysts are required to accelerate the ORR, but the expense and limited durability of these materials prevents their application in fuel cell assemblies. In this context, the research group led by Dr. Dan Zhao at the National University of Singapore has now reported a highly efficient ORR electrocatalyst derived from an iron-based metal–organic framework (MOF).

MOFs are coordination polymers composed of metal clusters linked by organic spacers. These crystalline hybrid materials possess a high density of potential ORR active sites. In this particular case the catalyst was generated by pyrolysis of a composite precursor consisting of an iron-containing MOF and dicyandiamide (N<C=3>C-N<C=>C(NH2)2), which was added to increase nitrogen doping. The final catalyst, which can be described as iron/iron carbide encapsulated in nitrogen-doped porous carbon, exhibited outstanding ORR activity. In electrochemical measurements, the catalyst generated by pyrolysis at 800°C (Fe/NC800) demonstrated a current density increase of around 15% compared to that of the established Pt/C cathode. In addition, Fe/NC800 also exhibited a higher tolerance toward methanol. Its high ORR catalytic activity was attributed to low charge-transfer resistance and the fact that its rate-determining step is similar to that of Pt/C.