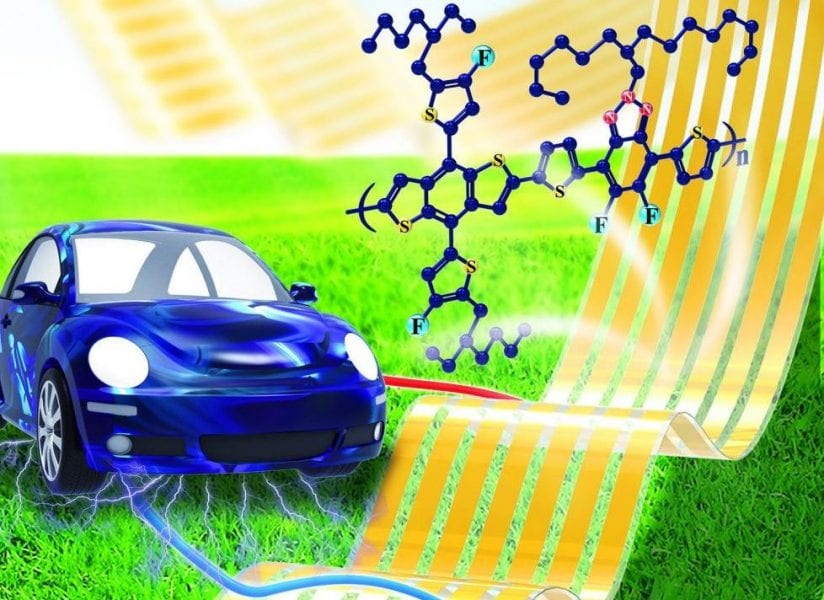 The current strategies to tackle the imminent global energy crisis and environmental pollution require the utilization of sustainable and renewable energy technologies.

Organic solar cells (OSCs), which constitute one of the most promising energy conversion technologies, have attracted much attention due to their unique properties such as an abundance of raw materials, low cost, light weight, easy fabrication, and prodigious potential for flexible and large-scale fabrication.

Polymer solar cells (PSCs) are OSCs based on a blend of donor/acceptor materials with complementary absorption properties and matched energy levels, which have been shown to achieve high power conversion efficiency (PCE) of over 12%. However, high efficiency is not the only requirement. A practical mass production process of PCEs requires as simple as possible fabrication procedure and for the PCEs photovoltaic performance to be insensitive to variations in the active layer thickness and annealing temperature.

In a recently published article, the scientists have developed high-performance PSCs, based on a fluorine substituted wide bandgap polymer PFBZ as the donor material and an organic small molecule ITIC as the acceptor. These devices exhibit an outstanding PCE of 10.4% without additional treatments, and furthermore, their photovoltaic performance is relatively insensitive to the thickness of active layer and the PCE remains at 8.9% with a thickness of up to 200 nm. In addition, the devices exhibit high tolerance to the thermal annealing, demonstrating a high PCE of 9.3% with annealing at 150 oC for 1 h.

Collectively these results suggest that PFBZ is a promising candidate for large-scale manufacturing and practical applications of highly efficient PSCs.