Helmet-like hood protects snapping shrimp from their own shock waves

A natural orbital hood found in snapping shrimp deflects energy from shock waves they produce to kill prey and fight for territory. 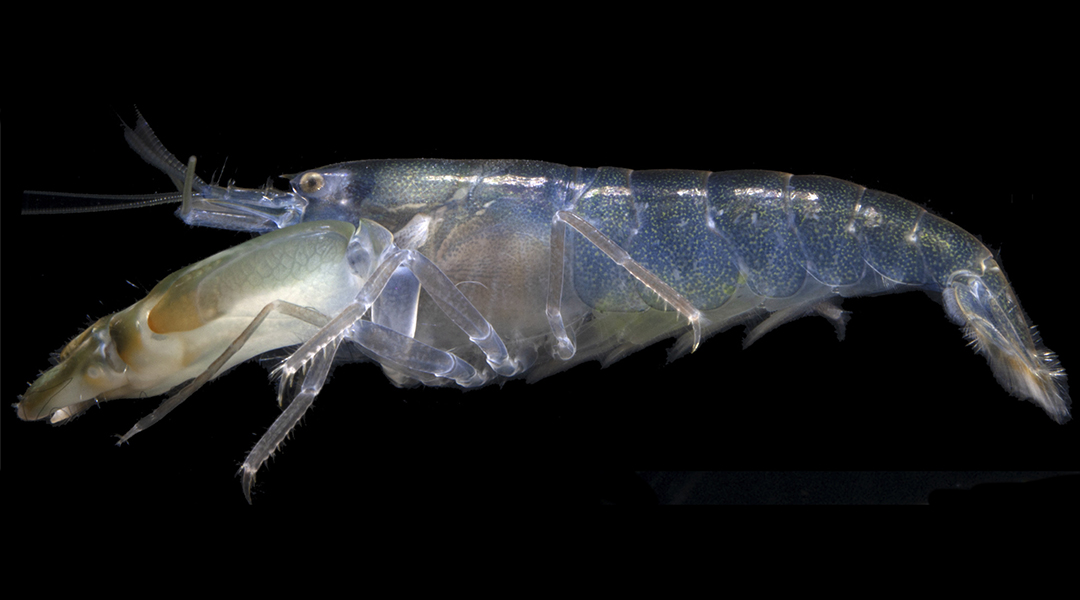 With a loud snap, snapping shrimp create powerful, targeted shock waves that stun or kill other crustaceans and small fish. Oftentimes, their territorial ire can turn to close-contact encounters with other shrimp of their kind.

Rapidly snapping their asymmetrical claws, these shrimp craft bubbles that release tremendous pressure when they pop. The resultant shock wave can cause trauma to the soft tissues of their prey, opponents, and even themselves. So, how do snapping shrimp keep from inflicting damage on their own delicate little brains?

A new study reports that small helmet-like hoods protect snapping shrimp from the impact of their own shock waves and those inflicted by shrimp of the same species. “Orbital hoods are the first natural armor known to protect against shock waves,” said Alexandra Kingston, of the University of Tulsa in the United States.

To begin with, the researchers carried out behavioral trials to compare shrimp with orbital hoods to shrimp whose hoods had been surgically removed. When released into an artificial environment with a burrow, snapping shrimp will eagerly seek shelter under it. Shrimp without orbital hoods were at a severe disadvantage: when subjected to a shock wave, they swam in circles or were unable to move their limbs in a coordinated fashion. These handicapped shrimp were much slower at finding shelter than shrimp with intact hoods that were exposed to shock waves, as well as both types of shrimp that were not exposed to shock waves.

Next, the scientists sought to determine how the orbital hoods may help deflect traumatic pressure away from the soft tissues of snapping shrimp. Using a small pressure sensing device, they measured the amplitude of shock waves on both the inside and outside of the shrimp’s hood. As the shock wave moved from the outside of the hood to its inside, the magnitude softened, with the magnitude on the inside being some 50% to 75% lower than on the outside.

“This suggested to us that the orbital hood protects the contents beneath it — the brain and likely the eyes,” said Kingston.

In order to understand how the orbital hood may dampen shock waves, the researchers glued shut the hood to see how the shrimps’ defenses were affected. With the orbital hoods blocked, their ability to lessen the shock of the wave was also occluded.

“Water is held underneath the orbital hood (the space between the helmet and the eyes) that can be forced out of the cavity straight down, taking with it the energy of the shock wave as hydraulic energy,” said Kingston.

Kingston said that these results could help in the design of armor, such as helmets that blunt the shock wave from an explosive blast. “Understanding this natural armor system gives us an opportunity to use this information to help engineers build more protective armor.”