The Banksia delays the release of its mature seed bank until conditions are right for new plants. Now we know what triggers it to let go. 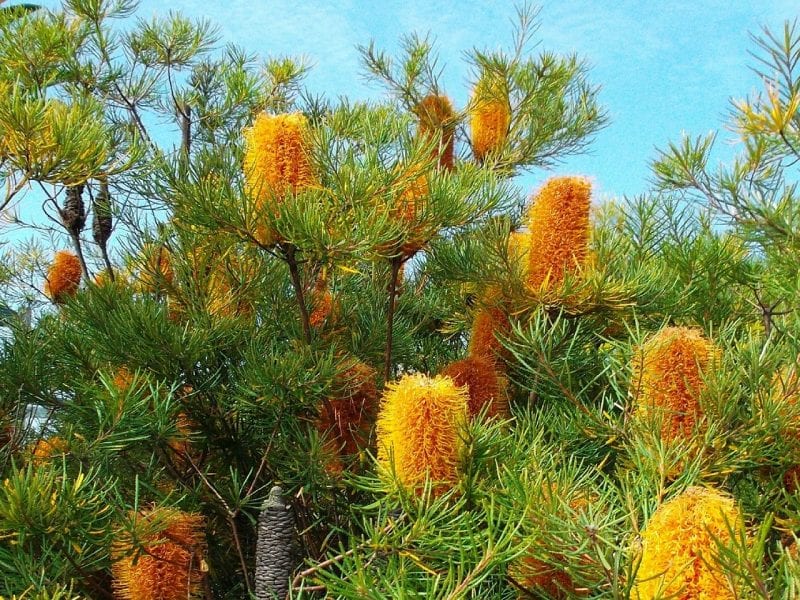 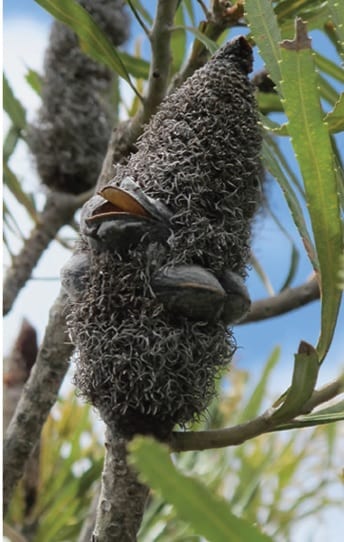 Fire: For some, it means a knocked-over candle or an imprudent splash of oil over a gas stove. For some it is a seasonal concern, tearing indiscriminately through hundreds of kilometers of land before it can be brought under control. And yet for others, it means new life.

The Australian Banksia accumulates seeds in its canopy, releasing them only when conditions are suitable for establishing new plants. The delayed release of this mature seed bank is known as serotiny, and can require the preservation of seeds inside their pods for several years, somehow secured against damage from high levels of UV radiation, predation, changing weather conditions and microbial attack. Release is then triggered via a passive (non-metabolic) mechanism, an environmental cue made possible by the properties of the plant tissues involved.

This physical triggering is a common method in ecosystems where fires are prevalent. When a team collaborating across Europe and Australia decided to investigate this heat-triggered opening mechanism in more detail, they found that the temperature required to open the seed pods varied depending on the exact climate conditions where the plants were found.

Banksia attenuata samples were taken from five different locations along the coast north of Perth, Western Australia, representing five subtly different climates, differentiated by the average amount of annual rainfall the locations received over a 30-year period. The samples differed in their degree of serotiny across this climate gradient, with the plants storing seeds more tenaciously in the hotter, drier climates – a difference of around 20 degrees Celcius was observed in the heat required to open plant follicles between the cool/wet (≥47 °C) and hot/dry (≥67 °C) sampling regions. 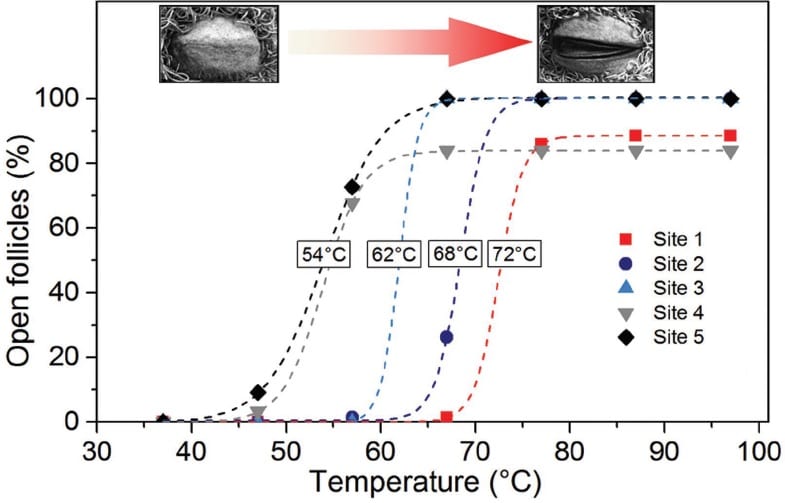 Seed pods open at different temperatures, depending on the subtly different climates in which they grow, from hot and dry (Site 1) to cool and wet (Site 5). 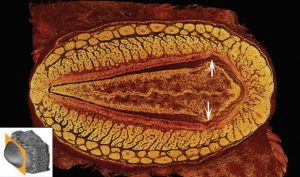 The mechanism to induce Banksia follicle opening was also elucidated, with detailed imaging and chemical mapping revealing a change in the elastic modulus of the inner valve tissues, leading to their temperature-dependent deformation and the appearance of a crack in the seed pod. Fiber bundles then shrink as the follicles dry, opening the pod further and releasing the waiting seeds. There was a clear difference in the internal follicle geometry across the climate gradient, explaining the difference in the heat threshold of the samples.

For  more information and to check out their beautiful imaging work in detail, read this freely available Full Paper now in Advanced Science.

Is the river really dry? Scientific interpretations of zero flow readings
Waste not want not with sustainable fertilizer
What’s so special about rivers that run dry?
Decline in carbon-intensive arrangements can help mitigate climate change