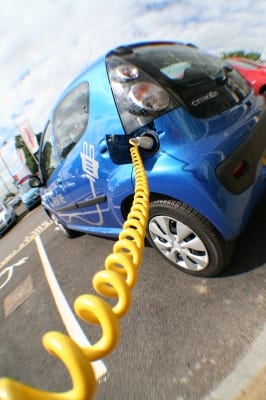 The market for lithium-ion batteries (LiB) is expected to expand rapidly, not because of their use in hybrid cars and electric vehicles, but also for stationary power source, smart community, and household applications. In ten years’ time, annual demand for LiB anode materials is expected to top 100,000 tons, compared with the current annual demand of around 5,000 tons.

Thus, the Japanese companies Kureha, Kuraray, and Itochu intend to establish a strong position in the field of anode materials through a extensive line-up of hard carbon products with a stable supply chain. Kureha and Kuraray, both based in Tokyo, have been jointly developing a new hard carbon material they called “Biocarbotron”, a raw material derived from plants, for LiB anodes.

Kureha have already commercialized a product they call Carbotron-P, a hard carbon material derived from petroleum pitch. Since its introduction, Carbontron-P has mainly be used in applications that take advantage of its charge-discharge properties and durability, such as large LiBs for industrial and automotive use. With the advancement of LiBs for hybrid cars and electric vehicles, requirements from the automakers and battery manufacturers are becoming more and more diverse and the unique properties and quality of hard carbon are becoming increasingly apparent.

A basic agreement drawn up by the three companies describes how the battery material will be produced and distributed. By next spring, Kuraray will provide capital and human resources to KBMJ (Kureha Battery Materials Japan), a joint venture established by Kureha and Itochu, also headquartered in Tokyo. With Kuraray’s participation in its management, KBMJ will strengthen its new product development capability and stable supply system, in pursuit of better cost performance. KBMJ and Kuraray Chemical (headquartered in Osaka) will set up a manufacturing joint venture to establish a mass production and supply system with annual production capacity of 1,000 tons by 2013.