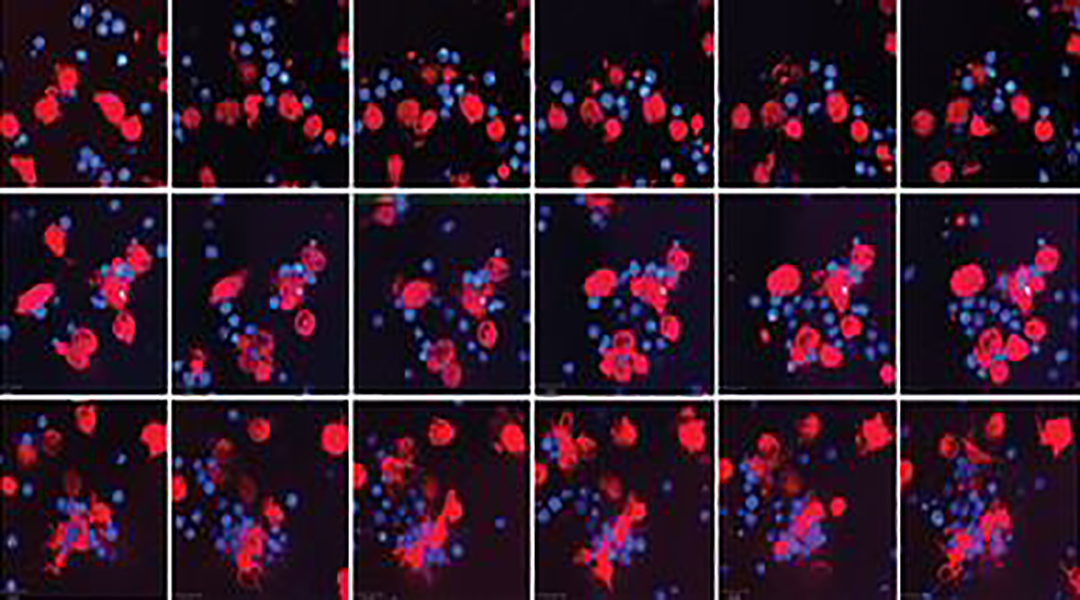 Dynamic interaction between dendritic and T cells by confocal imaging over 100 min.

Dendritic cells, named for their branching, tree-like shape, are responsible for initiating the body’s adaptive immune response against a foreign pathogen. They act as sentinels for the immune system by carrying antigens — from toxins, viruses, or bacteria — to T cells to activate them and launch a counter response. As a result of this role, dendritic cells have been applied to the development of immunotherapies aimed to specifically target different infectious agents and cancerous tumors. However, these therapies are, unfortunately, not yet very effective.

In a recent study published in Advanced Materials, a team of researchers from Beijing speculated that this could be improved by better modulating the interaction between dendritic cells and T cells, and using a new platform, created an effective dendritic cell-based vaccine targeted at the SARS-CoV-2 virus.

“Dendritic cell vaccines are expected to offer a unique opportunity to improve the protection of elderly and immune-compromised individuals,” wrote the authors in their paper.

Ex vivo dendritic cells (meaning those grown and/or modified outside of the body) require adjuvants to activate the body’s T cells. Current adjuvants, however, have subpar performance. In patients with cancer receiving standard dendritic cell immunotherapy, even the most well-established adjuvants in this area — cytokine cocktails — have an overall response rate of less than 15%. They therefore sought out a better alternative, and turned to graphene oxide — a material known to possess a range of beneficial properties in biomedicine.

The team first evaluated the effect of particle size on the graphene nanosheet’s ability to interact with the dendritic cells using fluorescence labeling and transmission electron microscopy. Interestingly, they found that those with diameters of greater than 1 µm demonstrated strong adherence to the dendritic cell surface, while those smaller than ≈500 nm were predominantly internalized by the cells.

By clinging to the dendritic cells’ surface, the larger graphene oxide nanosheets behave like a “nanozipper”, bringing together large clusters of dendritic cells and T-cells, producing a stable microenvironment for appropriate cell interactions and effective T cell activation.

These clusters were also shown to have more than a 20-fold higher antigen-specific T cell response compared to the conventional cytokine-cocktail adjuvant and achieved a substantially higher protective effect against SARS-CoV-2 infection, resulting in >99.7% viral RNA clearance from the lung tissues of inoculated mice.

“These robust, anti-SARS-CoV-2 immune responses induced by [dendritic cell] vaccines could provide a favorable reference for developing personalized antiviral therapy to fight against the COVID-19 global pandemic,” said the authors. In this respect, graphene oxide nanosheets can be tailored to the antigen and are expected to be universal and promising candidates as adjuvants for dendritic cell vaccines.

New antibiotic for deadly superbug could save tens of thousands of lives
Long COVID appears to be uncommon in children, analysis finds
The stent telepathy
Advancements in stent design help to better resolve urinary blockages