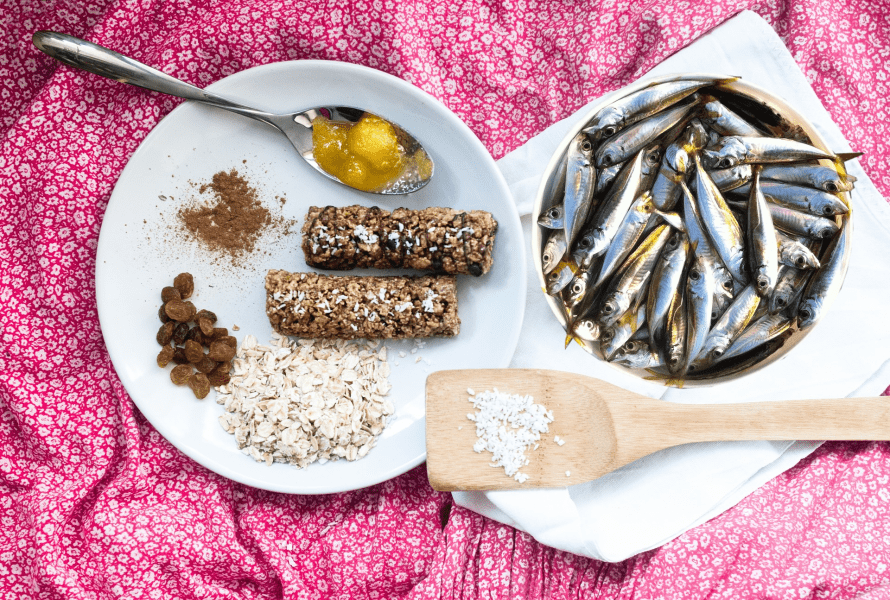 The consumption of fish and fish oils is associated with numerous health benefits that can be attributed to the presence of omega-3 fatty acids. Fish oils are often consumed in the form of nutritional supplements, but in recent years there has been a lot of interest in foods fortified with fish oil.

One issue with fish oil-fortified foods is poor stability – oxidation makes such food products inedible in a few weeks. This is because the polyunsaturated fatty acids (including omega-3) contained in fish oils are prone to oxidation. The oxidation products have strong rancid off-flavors including the typical “fishy note”, and the oxidized oil has a reduced nutritional value.

An international team of researchers led by Charlotte Jacobsen (Lyngby, Denmark) hypothesized that extracts of the Icelandic brown algae Fucus vesiculosus could be used to prevent fish oil oxidation in fortified granola bars because this seaweed species is rich in bioactive polyphenolic compounds such as phlorotannins that have antixodiant properties. They prepared granola (muesli) bars from soft brown sugar and syrup, honey, wheat flour, rolled oats, Kellogg’s Rice Crispies, raisins, apricots, a hazelnut/fig/cocoa spread, and importantly, fish oil-in-water emulsion with or without a seaweed extract. Three different types of extracts were tested including aqueous acetone, ethanol and water extracts. The bars were stored at room temperature for up to 10 weeks and analyzed in terms of the chemical composition, microstructure and taste. The aqueous acetone and ethanol extracts were very effective in preventing oxidation.

In addition, the microstructure of bars prepared with these extracts showed fewer oil pools and more ordered spherical oil droplets, suggesting that the extracts also aid emulsification (if you have been always wondering what a muesli bar looks like under an electron microscope, look at these figures). Chemical analysis revealed a reduced formation of oxidation products in the bars containing the seaweed extracts in comparison to control bars, and the results were confirmed by a sensory analysis.  Unlike the control bars which developed a rancid taste after only 5 weeks of storage, the bars prepared with the seaweed extract retained a fresher taste.