A near perfect energy conversion efficiency can be achieved in a solar vapor generation process. 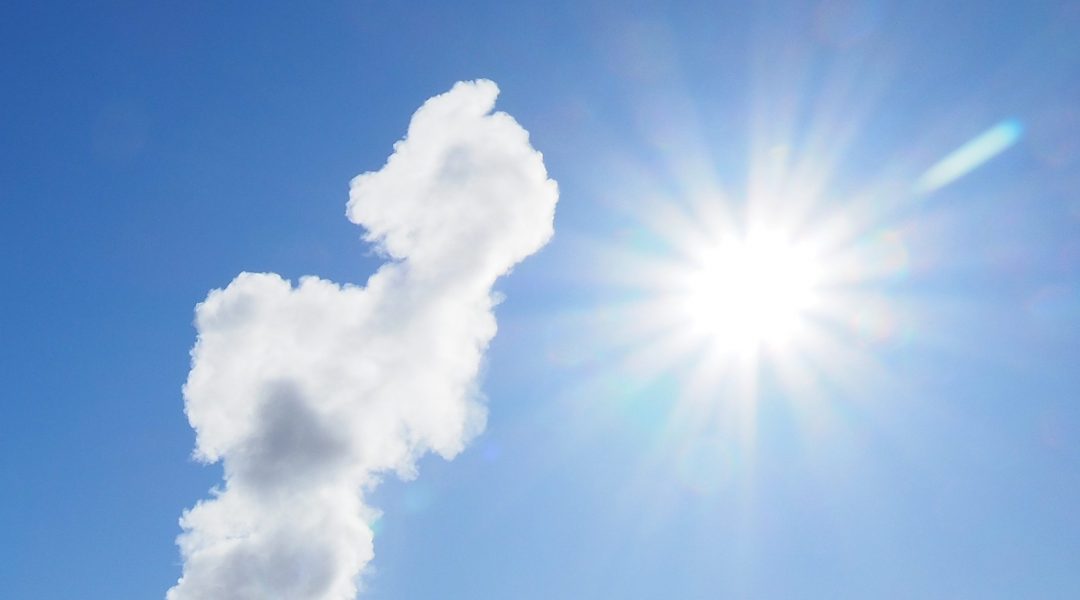 The dream of energy-harvesting and conversion technologies, such as thermal steam generation or cold solar vapor, is to achieve 100% efficiency. This ideal has yet to be attained; though, research continues towards this goal.

Steam has been used in steam engines for eons, from the first rudimentary devices in ancient Egypt to the first commercially successful steam powered device at the dawn of the industrial revolution, and to current day desalination technologies.

In seawater desalination, thermal steam generation and condensation was one of the dominant technologies before the introduction and ultimate take-over of reverse osmosis. However, a growing concern of the environmental impacts of the latter have lead researchers and industry to look towards alternatives.

Conventional techniques for the generation of solar vapor only achieve efficiency of 30 to 40%, and are generally costly, due to the cumbersome and expensive optical concentration systems that must be employed. Moreover, recent research into metallic plasmonic and carbon-based nanomaterials has yielded efficiencies that still do not meet the dream goal of 100%. 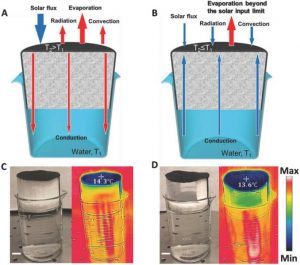 The manuscript, dedicated to the memory of Dr. Suhua Jiang (1976–2017), explores the use of solar energy to generate cold vapor below room temperature. This approach enables efficient solar vapor generation with efficiency reaching to approximately 100%–the holy grail of energy-harvesting and conversion technologies.

Specifically, if the operation temperature of the system is below that of the surroundings, the total vapor generation rate is higher than the upper limit that can be produced by the input solar energy, due to the extra energy contribution from the environment.

This novel research direction to explore and develop different evaporative materials provides a path towards applications in solar still technology, evaporative cooling, humidification, and even in water-evaporation-induced power and electricity.

In addition, cold vapor generation will raise new scientific discourse on moisture condensation for water collection, especially in passive systems without electrical power. Thus, the integration of this evaporative regime with emerging day-time radiative cooling systems will initiate a revolution in thermodynamic technologies.

Written by Jodie Haigh in coordination with the researchers.