With increasing heatwaves, wild animals’ ability to process and respond to environmental information may become compromised. 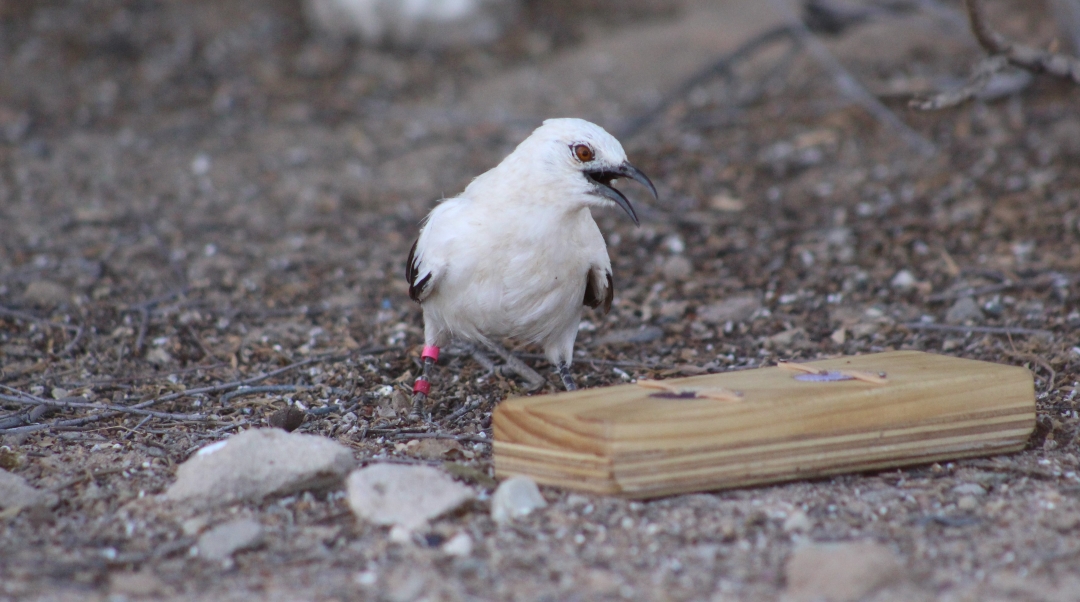 In the 40 °C heat of the Italian summer, I was writing an essay for my final high school exam. I remember reading the same words over and over, struggling to process their meaning. Now, research has confirmed that this is a common issue — in over 50 countries worldwide, learning performance declines with an increasing number of hot school days. The impact of heat stress on human cognition is widely recognized; but it may not be only human cognition that is feeling the heat.

Most animals need attention, memory, learning, and decision-making mechanisms to process environmental information and adjust their behaviour accordingly. All these mechanisms represent animal cognition; they can affect how quickly an animal reacts when facing a predator, as well as how successful parents are at raising their offspring. With the frequency of heatwaves rapidly increasing, wild animals’ ability to process and respond to environmental information may be compromised due to heat-impaired cognition, with consequences for survival and reproduction.

Over 50 studies have addressed this topic in different taxa, including fruit flies, zebrafish, trout, mice, zebra finches, snails, and skinks. Interestingly, not all studies found that cognition was impaired when temperature increased. This is because species differ in heat tolerance, and in some species, a mild temperature increase can promote growth and cognitive function by accelerating the rate of biochemical processes. However, many studies found that when body or brain temperature increases above normal, learning, memory and decision-making are impaired. For example, the ability of female zebra finches to distinguish calls from males of their own species versus calls of a different species declines at 41 °C, a temperature commonly experienced by wild zebra finch populations during heatwaves.

Heat stress during pregnancy or egg incubation often lead to reduced learning performance of young due to altered brain development. For example, velvet geckos incubated at high temperatures were slower at learning the position of a shelter, and were less likely to survive after release into the wild. This result suggests that heatwaves occurring during breeding could impair the cognitive development of entire generations.

At this stage however, we do not know how widespread the effect of heat stress on cognition is in wild animal populations, or how severe the consequences are. This is because the majority of heat stress-cognition studies used captive animals in controlled laboratory environments. Captive animals do not face the same challenges faced by wild animals — they do not need to forage or evade predators. Additionally, measuring heat stress and cognition in an artificial setting may not fully capture the response of wild animals to natural heatwaves. We thus urgently need field studies to fill in this knowledge gap in the face of a rapidly changing climate.

Technological advances and the development of robust protocols for cognitive testing in the wild make it possible for researchers to undertake such field studies. For example, automated cognitive tasks using radio-frequency identification tags can record cognitive data without human interaction. Body temperature can also be measured non-invasively by thermal imaging. The link between heat stress, cognitive performance, and fitness (survival and reproduction) can then be assessed using existing long-term data. The recent establishment of large international collaborations such as the SPI-birds data hub facilitates the sharing of long-term data among researchers.

We believe that the joint expertise of thermal physiologists, cognitive scientists and behavioral ecologists can identify critical temperature thresholds for cognitive decline in wild animals. Climate scientists can integrate these thresholds into population viability models to improve the accuracy of population predictions under future climate scenarios. Conservation scientists can implement this knowledge to identify habitat refugia with appropriate thermal profiles, and undertake actions (such as translocations) that consider climate effects on the learning abilities of individuals.

Cognition is vital for adjusting to new habitats and changing conditions. Therefore, the inclusion of cognition in climate change research will improve our ability to undertake effective wildlife management decisions.