The editors of Global Challenges share their favorite articles. 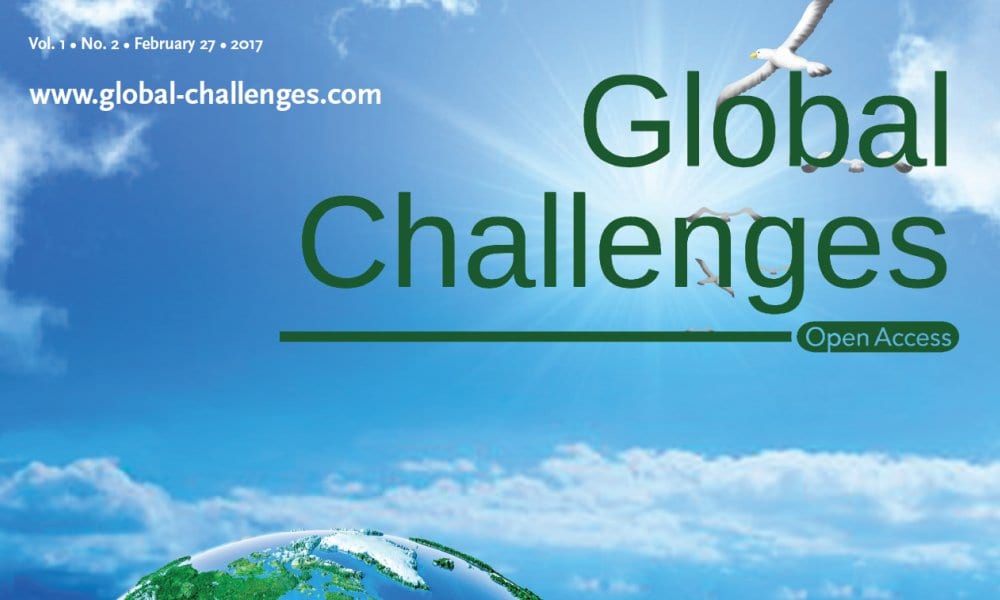 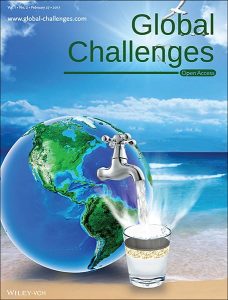 Food: Malnutrition and the global burden of disease are connected directly and indirectly. The most and best known type of malnutrition is undernutrition, but we are now facing more and more another form: overnutrition, which results in overweight and obesity. Stuart Gillespie and Mara van den Bold from the International Food Policy Research Institute, Washington, DC, provide an overview on the evidence for agriculture–nutrition disconnect. They highlight policy and programmatic options for addressing this global challenge thereby focusing on malnutrition pointing out that this is a multisectoral, multi-level problem that results from the complex interplay between household and individual decision-making, agri-food, health, and environmental systems that determine access to services and resources. This article on “Agriculture, Food Systems, and Nutrition: Meeting the Challenge” reviews research from the last five years in the public health and nutrition literature in detail and goes beyond this.

Energy: Many countries have committed themselves to cut down greenhouse gas emissions to mitigate climate change.

Renewable and sustainable energy technologies play a major role for the achievement of this global challenge. In their recent article, D. Dennis Konadu and Richard A. Fenner describe that while in the UK the available energy system options meet emission targets at feasible economic cost, water requirement for the deployment of the proposed energy technology mix is not adequately accounted for. The authors’ linear spatial-downscaling model addresses regional variability of water resources more accurately. In that scenario significant water resource constraints are revealed in some locations, indicating that the water-energy nexus must be analyzed at appropriate spatial resolution to capture the full water resource impact of national energy policy. Their article is part of the Global Challenges special issue “Water-Energy Nexus”.

Health: With 214 million new cases of malaria worldwide, an estimated number of 438 000 malaria deaths (WHO facts sheet, World Malaria Report 2015), the control and elimination of this fatal disease remains a global challenge. To date, artemisinin derivatives, such as artemisone (ART) are the best available antimalarial medicines; however issues in the practical use of artemisinins, such as finding the optimal dosage, low bioavailability, short half-life, low solubility, and stability in aqueous medium have to be addressed. In a joint research project between the University of Bayreuth and the Hebrew University of Jerusalem, A. Greiner and co-workers present  a controlled drug-delivery concept by placing ART-loaded polymeric nanofiber nonwoven (NFN) in the drip chamber of an infusion system. With this approach the programmed drug release is decoupled from physiological environment and the degradation of ART is prevented. The clinical implementation of this strategy for treatment of malaria is therefore a realistic perspective.

Water: The shortage of freshwater and sanitation is one of the most pervasive challenges afflicting people throughout the world. It is predicted that by 2025, over half the world’s nations will face freshwater stress, and by 2050, approximately 75% of the world’s population could face water scarcity. Researchers from the University at Buffalo, Fudan University, and the University of Wisconsin have developed an extremely cost-effective and efficient carbon-based solar vapor generation system based on extremely low-cost materials, i.e., carbon black (powder), hydrophilic porous paper and expanded polystyrene foam. This research suggests that economically viable large area systems will be possible with no energy input required for operation that will be attractive for addressing global freshwater shortages, especially for individuals to purify water for personal needs (i.e., ≈2 L d−1) in developing regions.

Climate Change: All around the globe people are concerned about the issue of climate change. However, many of them do not engage in the collective action behaviors that are most likely to lead to societal-scale solutions – a prominent example of attitude-behavior inconsistency. In their recent study Teresa A. Myers et al. from the Center for Climate Change Communication, George Mason University (USA) investigate whether exposure to an effectively framed message from a highly credible source – in this case Pope Francis’ climate change encyclical, Laudato Sí, and his subsequent visit to the United States – can increase the consistency between attitudes and activism behaviors among people with pre-existing strong attitudes, particularly for behaviors that are less difficult. Their findings suggest that hearing the Pope argue that climate action is a moral imperative led many people with prior high levels of concern to take additional activism actions—that is, their attitude-behavior consistency increased. Thus, the authors suggest that sustained exposure to compelling climate messages from trusted sources can increase the performance of activism behaviors.

We hope you enjoy these articles as well as the other papers in the journal and will be interested in publishing your own research addressing urgent problems of our society in Global Challenges.