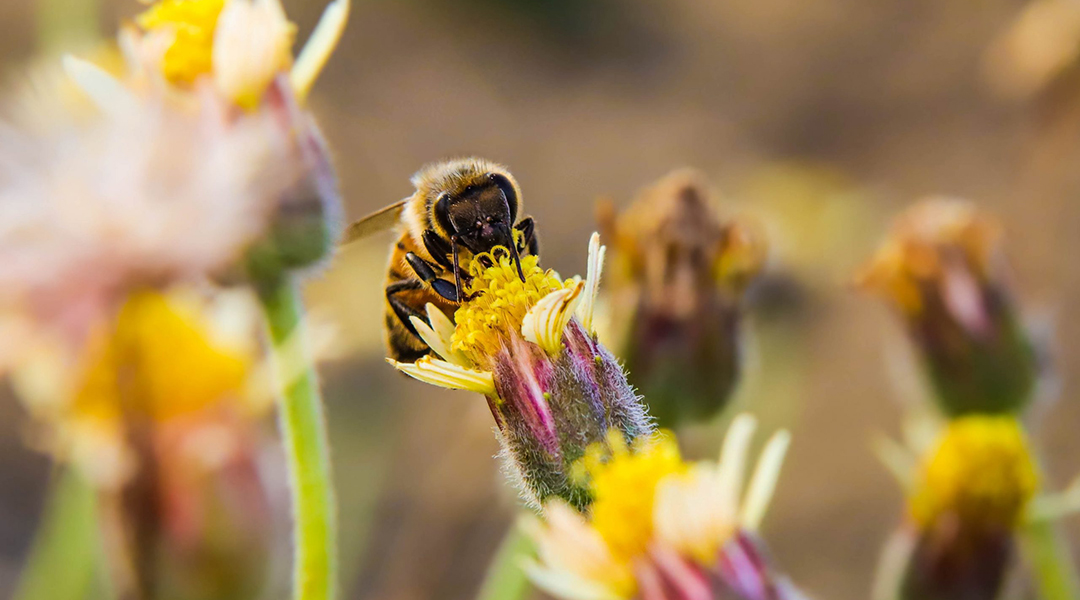 Invasive insect species can pose a threat to biodiversity and agriculture by causing declines in key pollinator species. Some hornets have been found to have a serious impact on bees. For example, the invasive Asian hornet (Vespa velutina), accidentally introduced to Europe in 2005, preys on European honeybee foragers at hive entrances. This causes an increase in homing failure, leading to colony collapse. V. velutina spread rapidly around Europe after its first introduction in France and attempts to control it through nest eradication have been costly.

Recently, the giant Asian hornet (Vespa mandarinia), a social species of the same genus as V. velutina, has been discovered in the USA. It is the largest hornet in the world and is known to prey on several native and economically important species, such as honeybees. Therefore, to predict potential spread of this hornet and assess possible environmental and economic impacts in the USA, ecological niche modelling (ENM) was utilized by researchers in a new paper published in Pest Management Science.

ENM techniques enable predictions of the spread of invasive species after their introduction with a good level of accuracy. The researchers used ENM based on the MaxEnt algorithm, “which combines spatially explicit occurrences of the target species and a set of environmental predictor variables to estimate the habitat suitability of the species”. The approach was used here to predict the environmentally suitable areas for V. mandarinia.

V. mandarinia in its native range is mainly distributed in Japan, South Korea, Taiwan, and coastal China. From the modelling, the researchers found that in the USA, the highest suitability values are concentrated in the East Coast (particularly from Maine to Virginia and from Pennsylvania to Illinois) and in the Northwest Coast zone. In the West Coast zone, the higher suitability values are concentrated in Washington and Oregon, and Northern California.

A total of 95216 ± 5551 honeybee colonies could be at risk if V. mandarinia colonize the 209 invadable zones in the whole USA. This could generate potential economic loss of ~113.7 million dollars per year and colonize 60837.8 km2 of bee-pollinated crops. In seven states more than 50% of their honeybee colonies may be at risk.

The researchers note that these results “provide an initial baseline before the colonization under a worst-case scenario, generating a potential overestimation of risk. However, the actual risk could vary at a local scale depending on management actions and how the effects of hornet density change with the apiary size”. They suggest that further studies, including simulation of bee-hornet interaction at a local scale, are needed to provide clarity for practitioners and decision-makers, and for other parts of the world that could potentially be colonized by V. mandarinia in the future.

They conclude that prompt monitoring and planning is needed to avoid the potential spread of V. mandarinia. Control actions are recommended in areas, such as Washington, where V. mandarinia have already been found and which are predicted here to be environmentally suitable for the species. Additionally, preventative actions are recommended in areas where the species has not been recorded, but which are expected to be highly suitable, such as the East Coast.